My son opened his first checking account this last weekend. He is 14 and can barely hold onto a nickle before it is spent.

Financial Independence. I was 16 when I got my first credit-card. I was preparing to travel to England with our high-school drama team. We were stationed at Keflavik NAS, Iceland and I was no actress. But it was an opportunity to get off of “The Rock” as we so lovingly called our little part of the island. Mom & Dad decided I needed a way to pay for things beyond carrying around a lot of cash.

The card was attached to my parents’ name too but, man, I felt like big stuff. That credit card and I had our good times and our bad times together. I realize looking back that my parents must have really loved me because there were a few purchases made on it that they probably could have said… “Ahem, Leanne, what is this on our statement?!” But they didn’t.

Eventually (like the day after I graduated from college) the bills were turned over in my name entirely. I knew better then to run out and make big purchases because having a credit card wasn’t new to me. That credit card had to be paid off every month (carrying a balance was a foreign concept to me) and I really think it helped me get on my feet. I had enough ‘firsts’ going on: job, car, apartment. I’m glad “credit card” wasn’t one of those.

Financial Independence re-visited. So now we have Josh and his new-found checkbook and ATM card. My husband has set it up so that his allowance is automatically deposited into his account twice a month, much like a paycheck. (Ah… that is one thing off of my financial “to-do” list while Paul is deployed; remembering to pay allowance.)

I have my fears, (don’t parents always?)… overdraft, losing his ATM card etc etc but I’m sure my parents had their fears about that credit card of mine. I’m thinking that having something new like this at a young-age will make it ‘old-hat’ by the time he is on his own and not under mom’s and dad’s wing so much. We will be there when he has to balance his checking account. He’ll see the tiny bit of interest he is going to make and our hope is realize that it is better to keep money in his account and to save then to buy on an impulse. Time will tell! At this point I have the power; too much over-draft fees and we will close the account. I’m certain that won’t be the case. 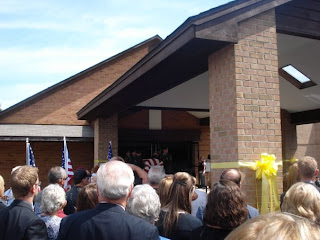 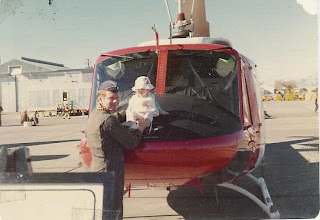