One of the best medicines for our well being is to laugh! Different medical studies have proven the benefits of a good laugh for your blood pressure, heart and mental health! But GIs knew that a long time ago before any high cost study! As they prepared for missions, became involved in humanitarian relief efforts, fought wars around the globe there has always been a special “military humor” that helped us cope. It has even spread to the family members who lived the lifestyle as well. Just listen to a group of spouses sharing their life events and you will hear humor that is unique and most civilians would never understand it.

I was listening to Army Wife Talk Radio last night since one of our team was on the program. They also have an active chat room during the show and I saw so many comments about “they don’t understand” referring to civilian neighbors/family and the challenges of the military lifestyle. So to allow you a few moments of laughter I thought I would include some military humor that many of you will recognize! Here goes:

WISDOM – FROM THE MILITARY MANUALS

‘If the enemy is in range, so are you.’
– Infantry Journal

‘It is generally inadvisable to eject directly over the area you just bombed.’
– US Air Force Manual

‘Any ship can be a minesweeper. Once.’

‘If you see a bomb technician running, try to keep up with him.’
– USAF Ammo Troop

‘You’ve never been lost until you’ve been lost at Mach 3.’
– Paul F. Crickmore

‘The only time you have too much fuel is when you’re on fire.’

‘If the wings are traveling faster than the fuselage, it’s probably a helicopter — and therefore, unsafe.’

‘When one engine fails on a twin-engine airplane you always have enough power left to get you to the scene of the crash.’

‘Even with ammunition, the USAF is just another expensive flying club

‘What is the similarity between air traffic controllers and pilots?

‘Airspeed, altitude and brains. Two are always needed to successfully complete the flight.’

‘Mankind has a perfect record in aviation; we have never left one up there!’

‘Flying the airplane is more important than radioing your plight to a person on the ground incapable of understanding or doing anything about it.’

‘The Piper Cub is the safest airplane in the world; it can just barely kill you.’
– Attributed to Max Stanley

‘Airman, maintain thy air speed lest the earth rise up and smite you!

‘There is no reason to fly through a thunderstorm in peacetime.’
– Sign over squadron ops desk at Davis-Monthan AFB, AZ, 1970

‘If something hasn’t broken on your helicopter, it’s about to.’

‘You know that your landing gear is up and locked when it takes full power to taxi to the terminal.’

‘As the test pilot climbs out of the experimental aircraft ‘What happened?’
The pilot’s reply: ‘I don’t know, I just got here myself!’
– Attributed to Ray Crandell (Lockheed test pilot)byColonel KonTuesday, November 18, 2008 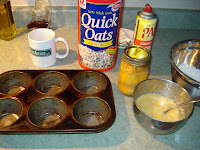 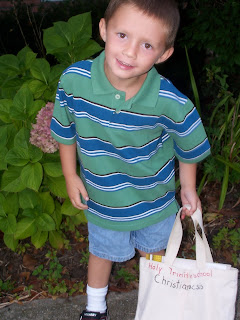