Last week I had the wonderful opportunity to interview Brian Neuman, SSG US Army retired, who is a wounded warrior helping other wounded warriors! I plan to tell you about Brian in a couple of blogs. I will talk about a wonderful Wounded Warrior program at USAA and Brian’s personal story as well. Brian’s story is exhilirating because of what he is doing for others who face similar injuries and major changes in their lifestyle.

Brian is a Ranger who was injured at Fallujah, Iraq on November 11th, 2004 and lost his arm to a high explosive device during fighting on Veteran’s Day. His team was in a Bradley Fighting Vehicle and supporting the Marine Corps efforts to drive out terrorist from the city when it was hit by numerous RPGs and finally penetrated by an armor piercing round or explosive device. Brian had served two prior tours in Afghanistan before his tour in Iraq.

After returning to the United States Brian went to San Antonio for treatment and spent an extensive amount of time in rehab. During this time he became determined to help other servicemembers and joined up with the Wounded Warrior Project organization. While serving with the Wounded Warriors organization Brian helped others transition to civilian life, led fund raising efforts and encouraged others during their rehabilitation.

When I asked Brian what MilitaryAvenue could do besides tell his story and sharing information concerning the USAA Wounded Warrior hiring project he mentioned the support for several non profit organizations such as Operation Comfort, Operation Homefront and of course the Wounded Warrior Project. Support for these groups is critical to the successful transition of these men and women who deserve our best!

Thank you Brian for your service and taking the time to talk with me last week! The image I used shows Pvt Josh Lucas winning $10,000 from America Supports You sponsor, USAA at the Army’s All American Bowl. He kicked a 30 yard field goal to win and the award shows the great support of USAA to our veterans! MilitaryAvenue is also a sponsor of ASY and we appreciate what they do for you!byColonel KonMonday, February 09, 2009 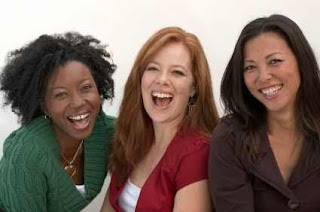