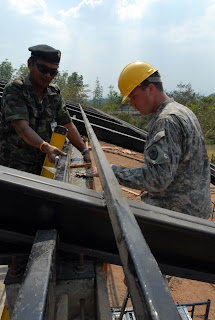 As the world watches the humanitarian effort in Haiti we have come to appreciate the capability of the U.S. and allied military resources to respond with such effectiveness to a natural disaster of such magnitude. Despite the claims of some the US military was the only force capable of providing relief supplies and medical care on that scale in those conditions.

Meanwhile, 12 time zones away the U.S. military continues its efforts to build international support and cooperation with a large scale exercise in Thailand, the site of another catastrophic disaster several years ago when the tsunami struck. The Department of Defense Live (DoDLive) Bloggers Roundtable spoke with Lt. Gen. Benjamin R. Mixon, commander, U.S. Army, Pacific, to discuss Cobra Gold 10, an annual exercise taking place in Thailand.

“The multilateral exercise, the largest in the world improves the U.S.’ and partner nations ability to respond to crises, like the Haitian disaster, faster. Other exercise participants include the Royal Thai Army, Singapore, the Republic of Korea, Indonesia and Japan. Indonesia has already sent disaster-relief assistance to Haiti. CG10 improves military-to-military relationships between the United States and its Pacific partners. Stronger multinational cooperation fosters regional peace and stability. These relationships form the cornerstone of USARPAC’s support for humanitarian assistance and disaster relief in the Pacific theater.” (DoD Email) 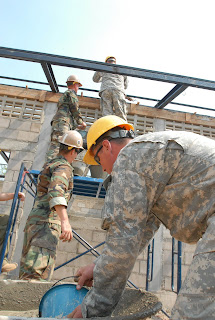 General Mixon said this was the 29th annual Cobra Gold and that it involved 6,000 U.S. military personnel including participants in a field exercise conducting actual relief efforts in Thailand (construction of roads, schools, etc). Marines from South Korea, Singapore and the U.S. also participated in the field exercise with Army forces. The field exercise included training with United Nations relief standards such as checkpoint control. UN participants were observers and manned a UN headquarters for coordination efforts during the command post exercise.

This was the first deployment of an Army contingency command post designed specifically to interact with multilateral components of a disaster relief effort. Cobra Gold included a realistic command post piece of the exercise involving NGOs (non governmental organizations such as the Red Cross), the United Nations, the CG 10 participants and Thai national resources. General Mixon said the mobile command post fills a shortfall for Pacific Army forces. Designed to be moved by two USAF C-17 loads it can be quickly located in a disaster area to provide coordination of the relief efforts. CG 10 provided a great opportunity to evaluate the command post and international cooperation in the region as well as building new relationships!

General Mixon described the Southeast Asia area as of “vital importance” to the U.S. and said the morale of the soldiers involved was high. Many have faced multiple deployments to combat zones in Iraq and Afghanistan and the environment in Thailand was enjoyable. Due to the length of the exercise it did not create a family separation problem. Regional cooperation in the past has been super during natural disasters and Cobra Gold will improve this coordination and cooperation.

Please go to DoDLive to read a transcript or listen to an audio of the Roundtable!

Photo Credit: UTAPAO, Thailand (Jan. 30, 2010) – U.S. Navy Seaman David Harris, a builder and construction specialist assigned to the Naval Mobile Construction Battalion based in Gulfport, Miss., speaks with to a Royal Thai Army Soldier at the Baan Pu Plun School in the Petchaburi Province, Jan. 28. U.S. Marine Corps, Army and Navy engineers are working with Royal Thai Armed Forces engineers to build multi-purpose rooms for five schools in the Central Thailand region as part of exercise Cobra Gold 2010. Cobra Gold is a regularly scheduled joint and coalition multinational exercise hosted annually by the Kingdom of Thailand. This year marks the 29th anniversary for the exercise. Photo Courtesy of U.S. Army

Photo Credit: PETCHABURI PROVENCE, Thailand (Jan. 28, 2010) – A contingent of Royal Thai Army Engineers, U.S. Navy Seabees and U.S. Army National Guard Soldiers work together during Exercise Cobra Gold 10 to construct a multi-purpose building at the Baan Plu Plun School in the Petchaburi Province, Thailand. The building is one of five Humanitarian Civic Assistance projects which are a part of the exercise. Cobra Gold 2010 is a regularly scheduled joint and coalition multinational exercise hosted annually by the Kingdom of Thailand. This is the 29th anniversary for the exercise, which consists of a Global Peacekeeping Operations Initiative Exercise, Command Post Exercise, H/CA projects and field training exercises. Photo Courtesy of U.S. ArmybyColonel KonTuesday, February 02, 2010 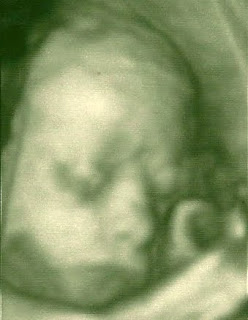 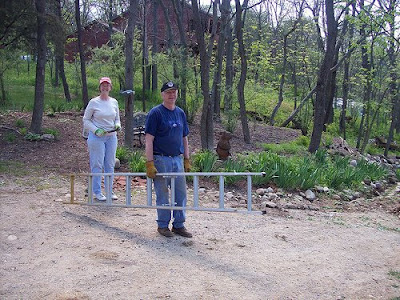