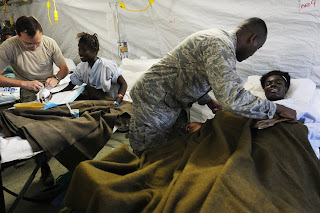 “A Little Bit of Hope, Help” … is how US Navy CAPT James Wink, the chief engineer for Joint Task Force-Haiti responded to a question on how the Haitian people are responding to their crisis and what they needed. The resilience of the Haitians according to the Captain is amazing! I have heard this comment repeatedly during other interviews with those involved in the humanitarian assistance efforts since the earthquake on January 12th.

I was able to interview CAPT Wink this morning during a Department of Defense Bloggers Roundtable. He had some great facts but his description of a young boy, his own child’s age, sitting on the street, seeing the Captain’s uniform, smiling and giving “a thumbs up” to an American service member is what touched me! Wink said he found the effort in Haiti to be extremely gratifying and he has been in the internal displaced persons camps and on the streets every day since his arrival on 29 January. Wink, currently assigned in San Diego, is originally from Syracuse, NY, led the teams of engineers from the different services with historic names such as Seabees, Red Horse, 82nd Airborne and many others.

Imagine trying to remove rubble that would fill the Louisiana Superdome five times! Twenty five million cubic yards! A dump truck in your neighborhood can probably carry 10 yards! Think how many trips it would take to move that mound of rubble but then realize it is spread out through a city in your neighborhood! My dad was a WWII engineer in Great Britain and he still talks about driving heavy equipment and trucks through the highways and byways of Britain in preparation for D Day. I imagine the streets of Haiti are more torturous and add the people still living among the devastation and the engineers definitely have their hands full. CAPT Wink said this was their biggest challenge in addition to stabilizing the seaport, preparing the airport for high volume traffic, building shelter for the people and preparing for the rainy season.

When asked what remains to be done, he didn’t hesitate and said the internally displaced person tasks (shelter and logistics of relocating many) and mitigating the rainy season impacts on the people. The JTF will be closing soon but the US presence will remain with the “New Horizons” exercise/mission coordinated by US Southern Command planning to build clinics, community centers and schools in the future. Wink said the focus of New Horizons will be outside of Port-au-Prince in the countryside.

ttle Bit of Hope, Help, … goes a long way but the physical efforts of our 22,000 service members, the thousands of Non Governmental personnel, allied military forces, USAID, the charitable giving to Haiti and much more keeps the Hope going for a people coping with a monster tragedy! Thank you CAPT Wink and “your” engineers for all their hard work helping the people of Haiti!

If you would like to listen to the Roundtable or read a transcript of this great story of American goodwill, please go to DoDLive! For other inspiring blogs about our efforts in Haiti please go to Our Letters to You – Haiti! 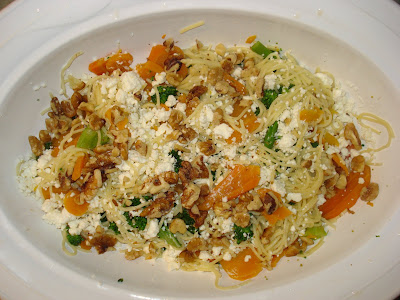 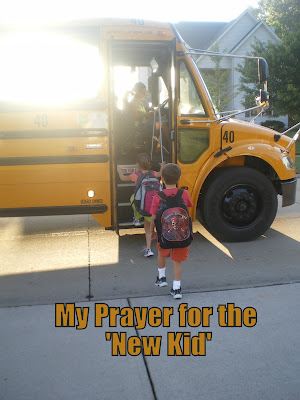 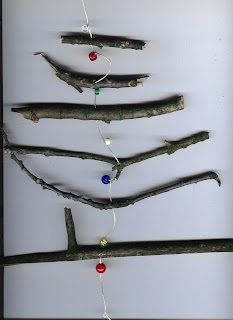