The DoD Roundtable talked about money this morning! Your money! How we are spending it in Afghanistan and what is it doing to make Americans safer!?? U.S. Army Col. Curt A. Rauhut, Director, NATO Financial Controller/Deputy Director, CJ8 is the money guy in Afghanistan with resource management for the Afghan National Army and Afghan National Police his focus during the Roundtable. The colonel said we are … “building Afghan capability” and although “tough challenges remain” he is excited about the changes he has observed and the effectiveness of our funding in creating a better, more effective Afghan Army and National Police force.

A great success story to start with – Did you know that 95% of Afghan soldiers are paid by EFT? Electronic Funds Transfer to their bank! Incredible! Col Rauhut had been in Afghanistan four years ago and said he was seeing dramatic changes! And drum roll…, they are testing pay by cell phone as well! The days of cash being taken by caravan to the far reaches of Afghanistan (and being “procured” by crooks enroute) is in the past. Some estimates of earlier pay fraud included soldiers only receiving 40-50% of their pay! With their pay now reaching comparability with others, recruitment and retention are up and we are seeing a better trained and equipped force. A key to winning this war and reducing the threat of terrorism here!

A symbol of the continued struggle for the Afghan national police to maintain parity with the Army is that their pay is only at 77% for EFT. Both the national police (ANP) and Army (ANA) are seeing significant improvements through better training and equipment. Incentive and special pays are improving competition for elite units, meeting recruiting goals and impacting combat operations in areas such as Kandahar. The young enlisted soldier (they have a sliding scale like ours) receives $165 per month and the four star general receives $1100. He said the pay was about right and the recruitment and retention efforts have been very successful when compared to his experiences from four years ago. Traveling to 20 of the 34 provinces in Afghanistan makes Col Rauhut aware of local conditions and allows him to have seen the impact of where your funding is being spent!

Colonel Rauhut commented that a large portion of the Afghan military and police budget was for infrastructure, training, equipment and sustainment. The annual budget for the ANA and ANP was $10.2B and the improvements in their war efforts and capabilities reflect a new focus from NATO and the US. With focus shifting from Iraq to Afghanistan, new skill sets for training from the allies have created a more capable, professional training environment, which he called the biggest improvement he has observed. From infantry to transportation, the training is swinging the pendulum to the government forces! The Afghans are building force structure to carry on the fight themselves! Conducting their own operations, improving literacy, learning new capabilities with communications gear, plus many other skills are turning both the ANA and ANP forces into valuable resources in this war. The Taliban and Al Qaeda terrorists are less able to recruit and the winning of the hearts and minds of the Afghan people continues!

Thank you for your service Col Rauhut and for taking the time to speak with us this morning! If you would like to listen to an audio or read a transcript of the Roundtable please go to DoDLive! Would you like to see more information on our efforts in Afghanistan? Please go the MilitaryAvenue Reading Room or Our Letters to You blogs! 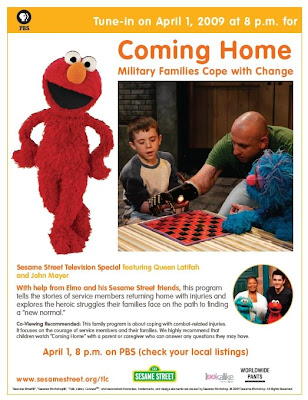