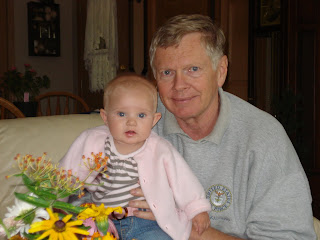 What is the purpose of a military association? Why do we join them?

Veterans have numerous military organizations/associations to choose from for membership. Recently, I wrote one to resign my membership because they were doing political endorsements with which I strongly disagreed. I received a very professional note back from them but the damage was done. Their name infers that veterans supported these particular politicians that I had absolute no faith in (either for supporting our veterans or directing the course of our country) so I resigned.

That caused me to start thinking about military associations to which I send my dues. Why did/do I/we join? Some are working hard to find younger veterans to join as the aging population of veterans from WWII, Korea and Vietnam gets smaller. I thought it would be interesting to just do a quick analysis of what draws me to a particular group or organization. Each veteran will be different but general characteristics will be similar.

First, we join because we are eligible and feel pride in having served and recognizing that this organization is somewhat exclusive. We were part of a military organization and enjoyed the people around us and found that we wanted to retain their friendship, contacts, etc. This would be particularly true if their was a local chapter to join that made us feel at home again with our service friends (that last drive out of the gate while on active duty was a bit traumatic for this 30 year veteran).

Second, we frequently join for the benefits! I have a supplemental insurance through one military association that has been very helpful while caring for a spouse with cancer and now myself. We are so thankful we had purchased that insurance and other group insurance programs are offered as well! Some offer bank accounts, credit cards, travel opportunities, life insurance, etc that bring in members as well. Each case is different but all provide a possible means to reduce cost or add benefit.

Third, we need to feel like we have a representative in Washington. Yep, I know the Pentagon and the Veterans Administration are supposed to take care of us but I have a basic mistrust of the bureaucracy conveniently overlooking promises made (the Pentagon attempting to raise the costs of Tricare is one example). I think this one of the most important roles of the military associations. Be there to talk to congress, the VA, the Pentagon and the White House about us and to remind them of the support we deserve and need after serving. We are spread throughout the country and do not have a solid bloc vote like some of our citizens. The associations act as our voices when we had none.

However, I do not believe it helps a military association to support candidates during an election since they may endorse a candidate who their membership does not support. Technically, they can not as a non-profit organization become directly involved without violating the law so some have set up a political action committee (PAC) for this role. But to do that and then deny that they have any influence over the PAC does not reflect well on the leadership or organization.

Voting is a right that we protected while serving (and of course I have recently become inflamed over some states stealing the votes of our service men and women overseas and in combat zones but that is another blog on another day!). But what is the role of a military association during elections. How about educating their membership on issues that they should be aware of during the election? Most have email lists and magazines to speak to their members about the issues! Put some time into it and you can have the same influence as endorsing a candidate. Plus, your name doesn’t become a “convenient tool implying support from veterans” during political speeches or press releases to be quickly forgotten once the election is over. 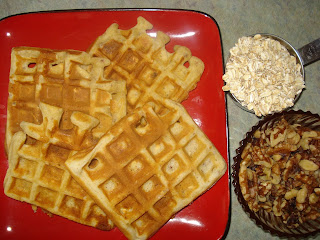 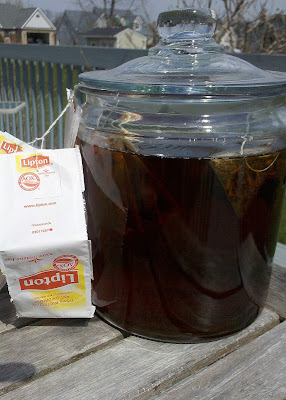 A Recipe for Summer: Sun Tea