I don’t usually write blogs about subjects that make me mad but the recent efforts in Washington to find federal budget reduction items just got my dander up! Why? Because they fall square on the back of military families that are at war! I try to keep up with events that affect our troops and their families and this one is at top of the light pole for me!

Have you heard of the commission put in place by the President, called very appropriately, The Debt Commission? Actually, its full name is the National Commission on Fiscal Responsibility and Reform and it has a website at http://www.fiscalcommission.gov/ which outlines its charter which it is to identify government programs that need to be cut to reduce our federal governments spending – a very worthy goal, except that the commission takes aim directly at those currently serving and those who have served! Now this is the beginning of the process but listen to some these proposals affecting the military community! Ready?

Very inappropriately, this was released the day before Veteran’s Day! And it is Military Family Appreciation Month as declared by the President!

1) “Freeze federal salaries, bonuses, and other compensation at the Department of Defense for three years”. Yep, you are reading this one right! Our folks in combat are going to lead the way as the first item by having their pay frozen! This reminds of the late 70s when there was a three year military pay freeze with annual inflation rate of 14-15%! So military families were losing money every year! At least President Carter and congress waited for the Vietnam War to be over before freezing military pay!

2) “Modernize Tricare, Defense health” which includes additional fees and copays to match other health care programs! Remember the claim that the National Health Care plan was not going to go affect Tricare or Veteran Health Care! Modernize in the context of debt reduction/spending reduction means less serviceor more cost for our injured, retirees and military families that sacrifice so much!

3) “Reduce spending on base support” and “Reduce spending on facilities maintenance”. That is where we live folks! Reduced MWR programs, road repair, housing, hangar repair, etc. While the nation addressed and received stimulus funding for repairs to state and city infrastructure, yours is going to be cut!

4) “Consolidate the Department of Defense’s retail activities”. This is the Base/Post/Naval/Marine Exchanges and the commissary system! Looking for ways to reduce the budget? Let’s target those support agencies that are the lifeblood of the military family! Sure, they talk about just saving overhead but as in any consolidation where do they draw the line on savings. Increase the cost of shopping for military families is an easy target!

I picked out the items that were directly targeting items that will impact you, the military family member but there are many others and the estimate for savings at the Department of Defense is $100 Billion over the three years. Now the fact is that this is a draft proposal and it has to go through the Congressional review before it could be included in any budget! But another striking figure is that the budget reduction for the rest of the country’s federal programs is also $100B! Not exactly a fair balance of sacrifice for the military community! But here comes some more impact as you approach or are at retirement age!

1) “Reform military retirement system to vest after 10 years (not 20); defer collection until age 60.” The military retirement system is a deferred payment plan for the sacrifices that service members make every day! As the politicians who made these recommendations head off to celebrate holidays with their families and friends, our military personnel and their families face yet another long year of deployments and separations. Makes me wonder if any of these commission members ever served in the military and particularly during wartime!

2) “ Reform COLA payments for civilian & military early retirees”. Reform is key here! The Debt Commission is looking for ways to reduce cost! Do you think reform means more money in your pocket? I doubt it seriously.

Again, these are just proposals but the Department of Defense is such an easy target! How can they target our service men and women and their families without addressing the entitlement programs of all Americans! Think of the possible savings there! If we are going to sacrifice then let us all do it! Let’s share the burden! Military families recognize the need to save and reduce the budget but why do we have to do it alone! If we are going to freeze pay for one group – do it for everyone! There is no mention of freezing congressional pay, travel or other perks! Another possible target would be federal payments to the states! States live on federal dollars, reducing their budgets (ie California) would reduce the federal cost as well! That would affect all Americans equally!

We are defending our country this very minute and we deserve better than what the Debt Commission proposed! 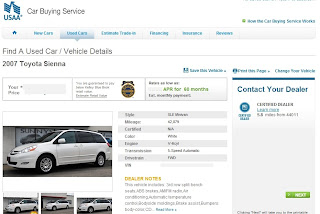 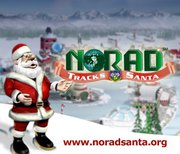