I spoke to heroes during this Roundtable! They defended us in a remote valley in Afghanistan and in the mountains around it. They fought a battle there on October 25, 2007 that resulted in the death of friends, injuries, moments of fear and terror. The responses of one man to the combat situation he found himself in earned him the Congressional Medal of Honor! Staff Sgt. Salvatore Giunta is the first person to receive the MOH since the Vietnam War who could receive it in person from the President. There have been others who received our nation’s highest decoration in our wars since Vietnam but unfortunately they were posthumously presented to family members. 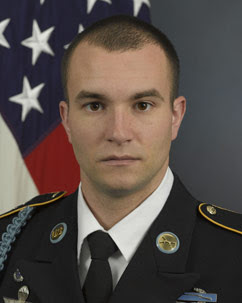 Staff Sgt Giunta, Staff Sgt. Brett M. Perry, Staff Sgt. Michael Burns and Staff Sgt. Erick Gallardo were all members of the B (Battle) Company, 2nd Battalion, 503rd Airborne Infantry Regiment, 173rd Airborne Brigade Combat Team, V Corps, Vicenza, Italy deployed to Afghanistan and were brothers in arms. They lived together, went on patrol together, talked only as men who have seen combat together can, shared an “unspoken bond” and they traveled to DC to be with “Sal” (Staff Sgt. Giunta) when he received his Medal of Honor on Tuesday from the President. They had a private reception after the medal presentation with the President and the First Lady who they described as likeable and friendly – genuine. But the Roundtable asked questions about the events of three year ago, how did they feel about their friend’s recognition for heroism, did they still find him approachable, were there changes in how they dealt with each other, future plans and more.

The three soldiers described a whirlwind of emotions around the White House and other events honoring Sal including comments about a party thrown that was a great time! Gallardo who was injured and dragged from the kill zone by Sal led off by comm 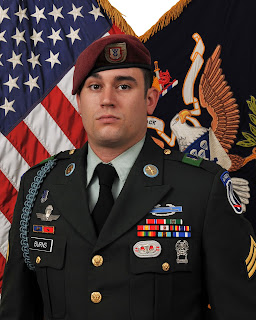 enting on the genuineness of Sal. He said he was not a character, a real family man with an Army strong military spouse, Jenny. Perry said Giunta did not want to be in the limelight but knew it could be inspirational for others. When asked about lessons learned from this experience, they all thanked the men who trained them and how they followed the Army doctrine – “went by the book”. They felt it could have been a lot worse if they had not been so well trained and that their responses were ingrained in them during a situation that was chaotic on a spur between two valleys. The Taliban knew they had to come down the way they had done up and set a trap. During the firefight that ensued they fell back on their training and that it saved lives! I would add heroism to the mix of reasons they 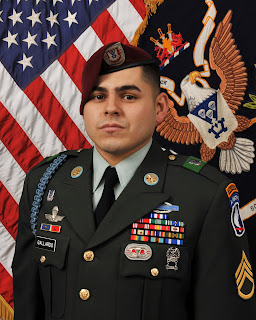 The men described Sal’s friendship as “sticking” on them with that unspoken bond that draws them together on October 25th each year. They maintain contact through Facebook, travel to see each other and have a party on that date wherever they are! Sal doesn’t like the attention but his close friends will give him a hard time but respect with the traditional salute for someone who wears the Medal of Honor. I enjoyed their comments and saw these soldiers as true heroes who to 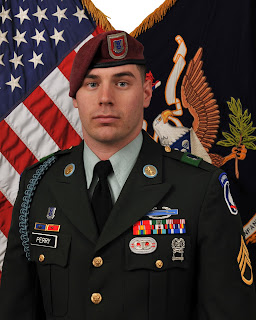 ld us, “Remember those who gave their lives there.”

During that night fight in the Korengal Valley Sgt. Joshua C. Brennan and medic Hugo V. Mendoza, died of their wounds. Five were wounded during the fight. There have been 42 Americans killed in this part of eastern Afghanistan including Navy Seals, aircrew and soldiers responding to fights.

Thank you for serving and a grateful nation honors and respects you! Our salute to Staff Sgt Giunta who stated, “If I’m a hero, then every man that stands round me, every woman in the military, everyone who goes into the unknown is a hero.” Humble for sure, the epitome of our service men and women!

To listen to this interesting and informative Roundtable be sure to go to DoDLive and if you are interested in other blogs about Afghanistan please go to Our Letters to You from MilitaryAvenue. 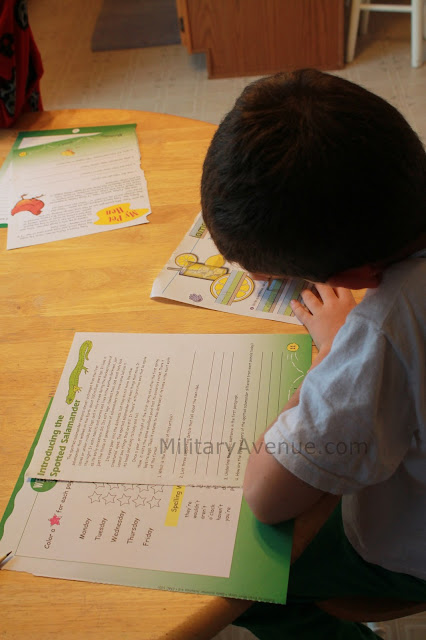 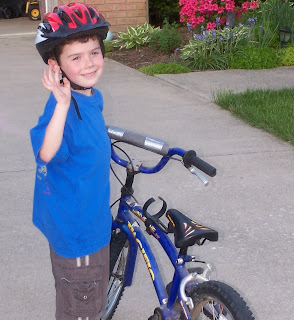