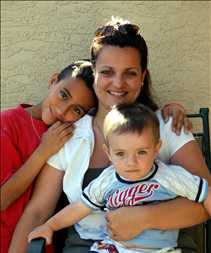 The Military Family is a Hero group! Self sacrifice is their first name and we come in all sizes and shapes! There is not a more diverse group of Americans who serve their country. Often unrecognized, it would be wonderful to see the group put in the spotlight in some manner. Maybe it would encourage civilian friends, neighbors and local businesses to take notice and offer a helping hand when needed; or someone to share a cup of coffee with a lonely spouse during their X number of deployments?

I had a great opportunity to interview Kristen Tsetsi about one way to spark recognition for the military family. Kristen is a military spouse and writer with a desire to m 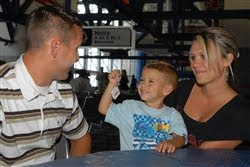 ake a difference! She had personally felt the constant anxiety of a deployed husband in a combat zone and realized that it was unnoticed by most Americans. A spotlight on the military family would bring more understanding to the combat support role of the “homefront”. We often hear the President, first lady, service chiefs, senior enlisted personnel and civilian leaders comment on how important the families are to the war effort. There are better support programs within the military now for the families due to this government recognition. Kristen wants to get media attention so the average civilian is made aware of the military family’s efforts as well!

When I asked Kristen if she had one military family in mind as an example, she said, “…it wouldn’t be fair or right to name that family as a stand-out for this effort. Each military family experience is unique, and to each family, that experience is something new, exhilarating, or challenging, and each family responds to the experience in its own way, and with the same amount of fear, excitement, or strength. As I see it, they’re all equal in that regard.”

Aiming high she has targete

d the “TIME Person of the Year for 2011”. Starting with the social media she has designed a Facebook page titled, “Make the Military Family TIMEs next Person of the Year!” How can you help get the media’s attention? Just click on the link and “like” the Facebook page. How about sharing it with friends? Tell your organizations about it. If we can show TIME how many of us care, we will get into that spotlight! If an entertainer can have a million followers why can’t we?

Lets start a tidal wave so that TIME’s editors know how we proud we are of our military families!

Here is that link again: “Make the Military Family TIMEs next Person of the Year!” (While you are there be sure that you ‘like’ MilitaryAvenue)

Thank you Kristen for sharing this idea with MilitaryAvenue!

Photo Credits: A Soldier and his son by MilitaryAvenue byColonel KonWednesday, January 05, 2011 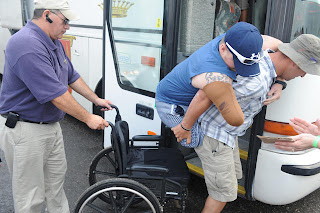