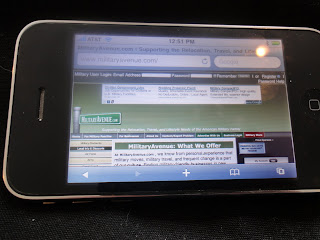 Do you have a smart phone? How do you use it? Can you use the Apps on it?

I have one and there are so many applications (ie Apps) that I can not keep up with them. It appears that Uncle Sam via the US Army is ready to use commercial technology to help our soldiers fight the wars and win the missions that our country’s leadership tasks them to do. “The Army In Your Pocket” came from Lt General Michael Vane during a Department of Defense Blogger’s Roundtable this morning. General Vane is the Director of the Army Capabilities Integration Center who answered my first question, “what were the biggest issues/challenges for the Army to adapt commercial technology such as Smart Phones for military use?”

He said there were two challenges that the Army faced during development of the military Smart Phone and Apps for military use. The first was a cultural challenge for soldiers who were not familiar with this technology and required training to use it. This includes some “senior folks” according to the general who make funding decisions (and may not comprehend the capability or its value to a soldier – my comment). The second challenge was information assurance (accurate data, protecting from intrusion or avoiding operational security issues) and discipline by the users to avoid misuse and therefore compromising the mission.

The Army is focusing on applications that are for training and operational missions. Right now, there are eight pilot assessments ongoing that should be complete in six to eight months for decisions on funding. The requirements document is approved, funding is available and the cost benefits will be proposed to the Army Chief of Staff for a decision on how to proceed. New apps are being writ

ten every day according to Gen Vane and 150+ are already done! In order to control application development and use their will be one Army store for apps.

Development is great but one blogger questioned how the Army would use them and the general said they would take advantage of in place 3G/4G networks and that a portable infrastructure is being developed where commercial support is not available. Always aware of information assurance, he said it could be a problem but that techniques to protect information are being addressed. Much of the information being used is timely and perishable. The smart phone apps could improve mission success without compromising security.

He also described a phone that could have two sides! One would be for personal use and the other for military use to assist in the discipline issue of using the phone for the wrong reasons. That reminds me of a story in the news this week, of the mother of a Marine receiving his one call a month on her cell phone at work in violation of company policy. It started badly with discipline action but ended well with the company recognizing the priority of the call. Imagine a young soldier’s spouse with an emergency at home or great news like the arrival of a child knowing the number of the spouse’s phone. We would expect the spouse to call and having a two sided phone clearly makes sense!

A Breath of Fresh, Unhurried Air 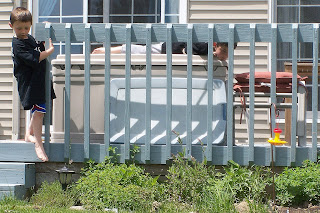 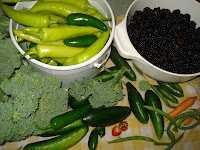