Summer is here! Our Nation somberly celebrated Memorial Day with parades, cemetery services, speeches about sacrifice and news articles and opinion pieces about service. We also had picnics, barbecues, time off from work and family gatherings. During one of our family times the topic of discussion centered around Post Traumatic Stress (PTSD) and how it was treated from WWI and WWII through Korea, Vietnam, Iraq and now Afghanistan. With a number of veterans in the family ranging in age from WWII, Korea and Vietnam, plus the current conflicts in Iraq and Afghanistan; it was a lively discussion.

I was reminded of Colonel Chris Robinson of the Deputy Director for Psychological Health, Defense Centers of Excellence for Psychological Health and Traumatic Brain Injury and his description of Americans as “very stoic” and “self reliant” during a DoD Blogger Roundtable last week and how that impacted our response to the many traumas that our service members are exposed to during combat and the military lifestyle. He said that “self reports” during post deployment surveys, etc. are much higher than folks actually seeking help. Describing the stigma of seeking assistance as a problem for the military community and that the Real Warrior Campaign was there to help end the stigma. Convincing our troops that reaching out is a strength and that early care is best said Robinson are two goals of the program. If you have PTSD, it will affect you, it can not be ignored and to highlight its ability to affect all the Roundtable introduced U.S Navy Cmdr. (Chaplain) Steven Dundas.

Chaplain Dundas – See photo Credit belowChaplain Dundas had suffered from PTSD after caring for those in combat and seeing the trauma and feeling the stress himself. He related his story of faith and service and how PTSD had impacted him and his faith during the Roundtable.  I had listened closely as my faith and convictions had been my Strength during 30 years of service. The questions of how does a chaplain lose his faith, where does he turn and no answers for himself after helping others, were confusing to this man of faith but he described how he needed and sought help after a friend talked to him. He described his walk through the minefield of PTSD and being “re-introduced to the grace of God” as he cared for a dieing elderly veteran who was a “saint”. His personal walk has aided his care for others facing many of the same nightmares he had. He said “God still loves you’ and I am reminded of a phrase that I have written in my Bible, If God seems far away, guess who moved?

During the discussions, the chaplain described Military Pathways as an anonymous tool to do a mental health self assessment and where the military family can go for help. Pathways is open to the entire military community including family members and has a blog with tips for the family too! The site describes itself,

The Department of Defense is offering the Military Pathways program as part of its ongoing support of military members and their families. The program is accessible online at www.militarymentalhealth.org. It provides free, anonymous mental health and alcohol self-assessments for family members and service personnel in all branches including the National Guard and Reserve.
Pathways also has printed materials free of charge with ordering instructions on their site! There are also very informative articles in the MilitaryAvenue reading room, such as this one on Resources from DCoE!

An audio recording of this very informative Blogger Roundtable is available at DoDLive. If you are a veteran or know someone who is be sure to find out the latest information on PTSD so you can help yourself or someone you know or love!

Have a wonderful summer! MilAve_Col_K 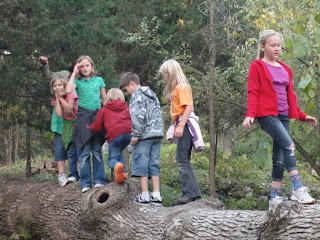 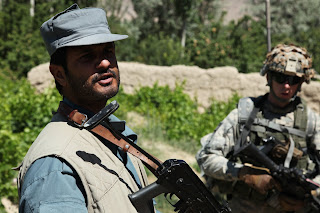 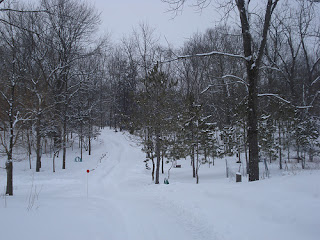