Jeremy Hilton, 2012 Military Spouse of the Year
see belowWho is the military spouse? We know many of the demographics – they are young, try to maintain a career, mostly female but as the number of female military members trend upwards, the number of male spouses does as well.  Most have faced numerous deployments in the last 10 years and many have children. They are often engaged in social media like Facebook, twitter and blogging as well.

When MilitaryAvenue was invited to a blogger gathering in San Antonio, with banking/insurance/investment giant USAA.com

for their 3rd Annual Influencer Conference (See “Two Very Different Veteran Day Celebrations“) it sounded like an opportunity to learn more about a company/association that we had been members of for more than 40 years. What I did not realize was the diversity of the 25 bloggers in attendance. They came from wide and far and had diverse audiences like military families and members, financial bloggers, bloggers from other military associations and even from the Better Business Bureau.The conference was well laid out with a great agenda that balanced the social opportunities with the business presentations.

Meet the “Macho Spouse”:
During one get together I spoke with Chris Pape, who blogs at Macho Spouse. I quickly discovered that Chris is not your ordinary military spouse. First, he is one of the growing number of male spouses and second, after he discovered that being a military spouse was not easy he responded!  He is now providing a resource and tool for other military spouses dealing with many of the same issues he had experienced. We agreed to speak on the phone so I could write about his new adventure.

Macho Spouse told me there are 187,000 total male spouses from all the services, including Guard and Reserve components. According to Chris, almost half of that number are dual military families so that leaves about 90,000 civilian male spouses that face many of the same and some very different challenges than their female counterparts as well. He shocked me with a stat on divorce: male civilian spouses have nearly three times the divorce rate of female civilian and dual military families. Did he have any reasons why?

He said that being a male military spouse could be a bit emasculating, that they lose their identity – social standard and training is for the male to be a provider – and many males are not prepared for the lost independence and possibly placing their career on hold for their spouse. He said that both spouses can become frustrated over career options available and that it creates internal angst.

In response to his last PCS (he said each one got harder to maintain his career track in videography) where he could not find work, Chris took a new turn. He said employment challenges (which sounded very familiar) after this PCS included working at half wages, competing with younger folks and being placed at the bottom of the rung again instead of at his previous level in middle management.In response, he created Macho Spouse!

After some spouse discussion, they decided to pursue this new career track for Chris that could be transportable and it kicked off in February 2012. So far, the “response has been overwhelming and positive” and with a steady growth rate which he credits to the need to help male spouses. One surprise for him has been the female response. Both men and women have found the site and its resources helpful. He has even had women send him an email asking him to engage with their spouses to help with family issues. Couples that are engaged to be married or considering engagement while in the service have used the site for discussions about their future marriages and career options as well according to Chris.

Macho Spouse told me that, “men are not alone” and that once men learn the obstacles and ways to overcome them, the military community is a “great lifestyle”. He has seen a lot of negative and tries to provide resources and tools that are positive for our community! Thank you Chris for this new adventure to assist the military community! Be sure to checkout Macho Spouse through this introductory video and give Chris some feedback!

A member of a proud military family that created MilitaryAvenue.com to support the troops and their families, he enjoys the continued military ties from blogging.

Photo Credit:  Deanie Dempsey, wife of the chairman of the Joint Chiefs of Staff, presents Jeremy Hilton, husband of Air Force Lt. Col. Renae Hilton, with a medal recognizing him as the 2012 Military Spouse of the Year during the 2012 Military Spouse of the Year ceremony at Marine Barracks Washington, May 10, 2012. (Photo by Marine Corps Sgt. Austin Hazard)

In appreciation of his outreach and service as a blogger for MilitaryAvenue, USAA provided travel to their conference. Thank you is sometimes the best and most simple way to express your appreciation. byColonel KonWednesday, December 05, 2012 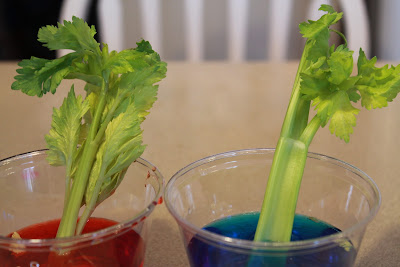 Attainable Goals and the Sky-Blue Hue of Celery 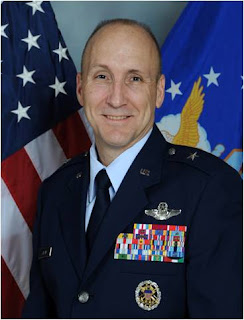 The Afghan Air Force Is On The Move – DoD Roundtable