Do not give away your hard earned military cash! You served. You or your soldier, airmen, marine, sailor or coastie served in a high threat environment to bring in the bacon and now an unethical business or person wants to take it from you.

Have you ever been a victim of consumer fraud? Concerned about how to avoid becoming a victim? Many of our military community are vulnerable to consumer fraud, scams and contract issues due to their age, relocation to new and unfamiliar areas and their wide spread use of the internet according to Brenda Linnington, Director of the Better Business Bureau Military Line! Did you know that the BBB had a specific military line? I knew about BBB but had not really dug into the Military Line until I sat next to Brenda at the 3d Annual USAA Influencer Conference in November.

Brenda is all about helping our service members and their families. She is a West Point grad and her husband and son are active duty Army as well! She agreed to talk about the Military Line with me so I could better explain how it can help you. There is nothing more frustrating than to see our service members or their families become victims of some unscrupulous business. While on active duty, I saw them on the outside of the military gates trying to draw in young folks to get a payday loan as an example. Now many have moved to the internet or found other ways to scam their targets – YOU! Brenda said that the most complaints to the BBB from the military community are those in the E-6/7s ranks and the second group is E-1 through E-4s. But fraud can strike anyone!

The Better Business Bureau is a “Trusted Agent” that provides training and workshops for the military community without concerns over “what are they selling?”. Their training workshops cover seven subjects while statistics for 2012 are not complete they have already doubled the “butts in the seats” when compared to 2011! If you have the opportunity to attend their workshops it might save a lot of heartache later. The more than 42, 256 face to face BBB military contacts by November compared to last year’s 14,092 show the evidence of the requirement; will you join them is the question?

The Military Line Director had one critical tip for military consumers: Check out the business on the BBB website or call before making any commitments. She used the example of someone needing a new roof. Do not sign a contract until you have contacted the BBB. Why? The BBB accredited businesses agree to meet ethical standards and if there is a disagreement they will arbitrate the disagreement at no cost to consumer. Other areas of concern are furniture and computer rental companies and offers for work at home schemes. She highlighted a case where a retired military person used a web site for military travel that paid an enormous fee for their services after he had to cancel his plans. Many of these companies seem to offer a good deal until you see the associated fees, contract rules (in this case he had to pay the loan back with a year of interest added on, was charged a fee by the airline for the change, charged a large fee by the website for the change and other fees which doubled the price of the original ticket).

She said there is a growing interest by the BBB to help the military community with a new awareness of the expanse of the community. They have a Memorandum Of Understanding (MOU) with DoD to coordinate their workshops through the personal financial managers at each installation. So each personal financial manager should be familiar with the available BBB resources and if you have questions or would like to attend a workshop, go through your family support center type of resource.

The Defense Credit Union Council also started a pilot program in October at five installations where local businesses identified by the BBB as scams, fraud or other similar issues are provided to the Armed Forces Disciplinary Control Boards and Off-Installation Liaison and Operations. The business can then be placed “Off Limits” for military members. Brenda said the intent was to encourage the businesses to improve their ethical standards and stay off the list. This off limits list is provided through official channels and could have quite the impact on a business with a large military clientele. The five installations are Camp Pendleton, Lackland AFB, Pensacola NAS, Ft Knox and Ft Bragg.

You can find the BBB Military Line on their website at http://www.bbb.org/us/military-line/ with a growing social media outreach at Twitter and Facebook. I introduced her to Pinterest and you can expect their “face” there as well in the near future. So spread the word among your friends to share how the BBB can help and don’t forget: Get that business review before signing anything!

Thank you Brenda for taking the time to tell us about the Military Line and for your service as a military member, military spouse and military mom!

A member of a proud military family that created MilitaryAvenue.com to support the troops and their families, he enjoys the continued military ties from blogging.
Join Us 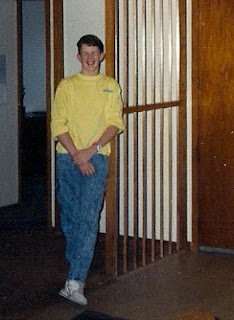 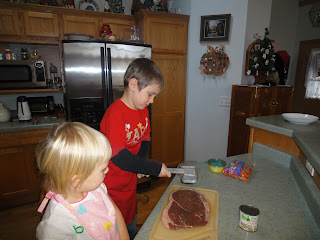