See Below for Photo CreditDecisions! We make them every day – active duty, reserves, guard members, retirees, military family members – all of us are faced with small or critical decisions every day of our lives. Sometimes, they are almost routine; like, what shoes do I wear today? Well, that might be a bigger decision for some than others. Sometimes a decision leaves us with a ‘I wish I had done it differently” or “What if” or a WTH (I prefer “heck”) moment or maybe,  “Wow, I made the right choice”.

Alcohol (for everyone over 21) can be a big decision. If you have not reached your 21st birthday, you already made a bad decision if you illegally use alcohol. But for folks over 21, the first choice is, do I drink alcohol and if so, what are my parameters? Make those decisions in advance is the best advice that can be given. The DoD Blogger Roundtable met with Dr. Mark Long, Public Health Educator, Health Promotion and Wellness Department within the Navy and Marine Corps Public Health Center; and Mr. Mike Aukerman, Alcohol Program Manager, Navy Alcohol and Drug Abuse Prevention (NADAP) to discuss the Navy and Marine Corps “Keep What You’ve Earned” program and how it can help our sailors and marines make the right choices. The program just kicked off in May and includes some new tools (read on about new technology involved)

One bad decision can lead to irreparable harm to a military career, end new opportunities and even lead to a less than honorable discharge. One of the biggest problems is binge drinking so let’s go back to those parameters mentioned earlier. Do you find yourself competing with others during a time at the bar? Do you decide ahead of time: how much, when to stop, who is driving, can I do my job tomorrow?  Military spouses are not off the hook on this either!  How are you helping in the alcohol decision process?  Do you encourage a routine that might impact your service member’s career?  A bad choice might mean less take home pay or even a major disruption of family goals with a discharge.

The naval services have seen a reduction in alcohol fueled problems in the last few years but searched for new ideas to make drinking “healthier” for its service members. In addition to providing educational tools on their website, NADAP began delivering 13,130 alcohol detection devices to units in March. In civilian terms, these are breath analyzers that will be used at the discretion of the commanders. They are intended for reporting for duty use, are non judicial and dissimilar to the urinalysis program with its mandatory features and judicial use.

What happens with a positive hit? You drank too much last night and showed up for duty hung over? Made the wrong decision and you are chosen to blow in the tube?  The unit COs are in charge and will direct actions based on history and responses to a screening package with lots of questions. The unit will look for other issues and you might be referred to the substance abuse program to find any underlying issues. The medics, chaplains, mental health and others standby to help with any issues identified or if you ask for help.

I queried Mr Aukerman about social media to help spread the information on this program and he said they were using Facebook and Twitter but they were really excited about a Mobile App coming out in July. The App will feature an adventure game that requires decisions to advance and will show the results of bad decisions as well. It will be available for Apple and Android devices.

An interesting side note was that information gathered from screenings during Keep What You’ve Earned program will be used to assist with finding a relationship between alcohol use, suicide and sexual assault issues. Remember those decisions and how a wrong decision might send our talented and capable sailors and marines in the wrong direction? Think about it and “Keep What You’ve Earned”.

This was a great Roundtable discussion. Thank you DoDLive, Dr. Long and Mr. Aukerman for taking the time to explain the ins and outs of this new effort. @NavyMedicine is a great twitter account to follow for keeping up to date on this program.

Col K is a retired Air Force pilot who served with the best of the military community from the Army, Navy, Marines, Coast Guard and Air Force. He flew combat rescue and special operations helicopters, fixed wing trainers and special operations airlift and retired while flying the C-17 as the Vice Wing Commander of the 62nd Airlift Wing at McChord AFB. He enjoys writing about military issues and is a frequent contributor to the the DoD Blogger Roundtable at DoDLive. A member of a proud military family that created MilitaryAvenue.com to support the troops and their families, he enjoys the continued military ties from blogging. Follow him on twitter at @MilAve_Col_K and read his blogs at MilitaryAvenue.com.
Join Us 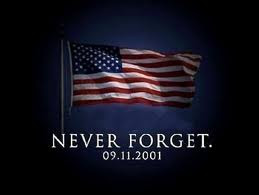 Are we beginning to forget already?

My 5 Minutes of Fame