“The hills are getting tougher at times…”

A Fun Run/Walk, A Bike Ride Fundraiser, A Physical Fitness Plan, A Facebook Support Group, An “Awareness Month”: What do they have in common? For this warrior, they mean fighting Sarcoma Cancer through new awareness and research, survivor support and fitness for the many battles ahead.

So “what is sarcoma?” is often the first question this warrior often hears. “You look healthy?” is often the second one (at least until my hair fell out during chemo). Sarcoma in this pilot’s parlance or from the perspective of someone with boots on the ground, is a soft tissue (think muscle, fat, nerves) or bone cancer. It is rare in the adult population (less than 1% of all cancers) but unfortunately hits children much harder. It is often neglected in the research dollar efforts when compared to other cancers such as breast cancer. Many forms frequently spread to the lungs, liver, bone or brain with no effective chemotherapy medications available.

To remedy the lack of awareness and information July has been designated “Sarcoma Awareness Month” and you may see an opportunity to support or give your dollars to help a family struggling with their child’s rare cancer often with little hope of cure.  Reaching out is sometimes hard but finding a family member, a friend, neighbor or co-worker with sarcoma will provide a way for you to raise awareness.

Stomp Out Sarcoma Fun Run/WalkOn Sunday, my family will be participating in a Stomp Out Sarcoma 5K Fun Run/Walk to raise funds for the University of Michigan Sarcoma Center. As we run/walk our way around the Hudson Mills Metropark in Dexter, MI I am reminded of a niece who did the Ride for Rosewell fundraiser and rode her bike 10 miles and raised $22K for cancer research.  Americans are such giving people who do care about their family and friends and even complete strangers in need (thinking of USAF missions providing relief supplies as well).

It was personal when on active duty to regularly work out and pass that annual PT test but now it gets even more personal with a fight for life. Sarcoma targets the extremities (mine started in my heel) and often affects an individual’s mobility after surgery or surgeries.  I had learned to love walking even in the extreme weather of Michigan winters before my first surgery and it so helped my recovery after each one and then chemotherapy.  The hills are getting tougher at times but each walk gives me the energy to “Stomp Out Sarcoma”. 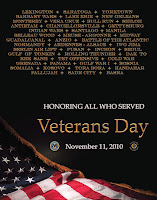 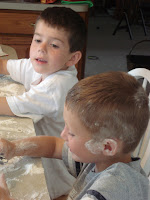 Breakfast for Dinner: A Winner 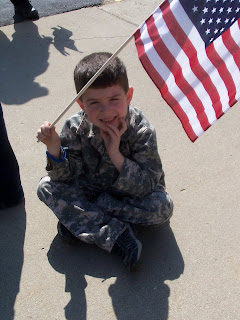