I had grandiose plans this morning of actually sleeping in. Saturday mornings were Hubby’s. He would get up with the boys while I slept in. When I would finally get up the boys would be fed, the coffee would be brewing, life was good!

So I thought I should start my own new tradition. Last night I set up the boys TV trays, put a bowl and a spoon on each and set the cereal on the kitchen table. I poured two cups of milk and set them in the frig. I set the TV to Disney and put the remote on one of the trays. I just knew this was going to work. The boys could get up. Turn on the TV. Eat some breakfast and I would still be in the comfort of my own bed. The coffee might not be brewing when I get up but you can’t win them all. 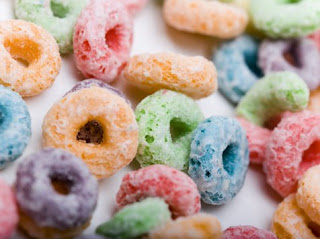 My plans were foiled, drat.  Apparently at some point in the middle of the night the 5 year-old joined me in bed. I don’t know what time but I do know that at 3am I had his feet in my gut. Problem with a big empty queen bed is it is fairly easy for the kids to sneak into bed without me realizing it. So at 3am I straightened him out so his head was on the pillow and not the side of the bed and I fell back to sleep.

How did this foil my plan you might be wondering? Well the 3 year-old woke up at 6:30am and I’m surmising noticed his brother was not in the top-bunk as he usually is. So he wandered down stairs probably pretty sure he would be down there. He then grew scared when it was deathly quiet. So at 6:30am I woke up to the screams of my dear child; which of course woke up the 5 year-old. So downstairs we went, bushy tailed and blurry eyed … or something like that.

I will not give up! I am determined to get some beauty sleep at some point during this deployment. Here’s to hoping for next Saturday! 🙂

Email ThisBlogThis!Share to TwitterShare to FacebookShare to PinterestMilitary Life:deployment,Leanne,Saturday Morning