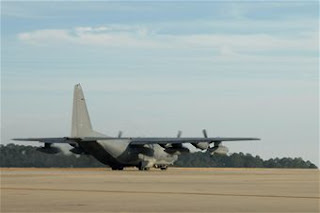 When tragedy strikes anywhere in the world our military personnel are usually immediately called as first responders! Despite fighting in Afghanistan and Iraq and worldwide operations that continue today, we find a way to find more cargo planes, carrier groups, hospital ships, rescue resources, security, etc. etc. to respond! I have never heard a complaint during these operations and I have participated in a lot around the globe!

As a rescue, special ops and airlift pilot during my career I saw operations as far reaching as Panama, Kosovo, Iceland, within the US and so many more ! Why do we respond? What makes us the leaders during a crisis such as the tsunami in Thailand? First, our military personnel are the most professional and well trained that you can find! The medical folks are top notch and I have never seen a better group of folks than Air Force pararescuemen that daily risk their lives, “So That Others May Live”.

We have the capability to respond due to modern equipment such as the Air Force C-130 and C-17 aircraft that can land on short airfields damaged by natural disasters with supplies for survivors! Or how about a Navy aircraft carrier with its capability to provide massive amounts of fresh water, electrical power, communications and rescue helicopters! Army personnel have large medical contingents, medevac helicopters and security forces to control large population groups that are desperate for food and water!

The Marines can operate off Navy ships when no land resources are available due to damages from the disaster with many similar resources and our Coast Guard is the best in the world when responding to calamity whether it be a massive oil spill, rescuing fisherman, missing aircraft, etc. Our military budget supports these modern capabilities and should make the American people proud of what their military can do when the crisis breaks out!

We have much to be proud of and should be! A quick personal story about how the world responds to us. During the fight in Kosovo I led an airlift group out of Ramstein Air Base, Germany for a short time. We were supporting the warfighters, peacekeepers and the massive number of refugees. Later, during a dinner celebrating a wedding anniversary, my military proud spouse engaged our server in conversation and ask him where he was from as his English had a slight accent. He said he was from Albania and I related some of my story about being there. He responded with tears in a very beautiful restaurant as he explained that we had saved his family and they had been relocated to the US. He bought us dessert that night to celebrate his new country, how we saved the refugees, and as a celebration of our anniversary!

Thank you to the many sailors, airmen, soldiers, marines and coasties who have or will respond to the crisis in Haiti and our prayers go out to the country for healing and a better future. 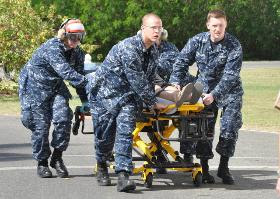