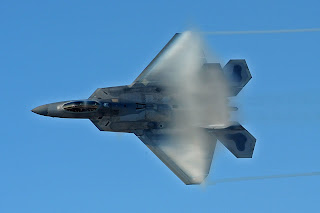 Let’s continue our family squabble today over where to spend our money as we again focus on the defense budget. The squabble probably gets most heated when the family disagrees over priorities and in defense it is probably best exemplified in the military budget for planning manpower and weapons/systems’ purchases. During the Roundtable with Secretary and CFO Robert Hale he highlighted the themes of the budget as being:

I wrote on the first priority in the The 2011 Military Budget – DoD Roundtable with Secretary Hale and people programs usually gain a lot of support. They can be and are frequently controversial but usually seen as a win – win for everyone involved as they are cross service and other interest group lines. I would like to continue to discuss the themes today with the second and third themes which are not as easily agreed to because of service agendas/needs and special interest groups and their individual agendas. Secretary Hale said,

“We also are seeking this budget to continue rebalancing the military to focus more on today’s wars. That involves things like increasing our rotary-wing capability, our intelligence, surveillance and reconnaissance capability, our Special Operations Command. All of these activities are critical to today’s irregular wars in Iraq and Afghanistan.”

The rebalancing focus as he said includes improving reconnaissance and surveillance (unmanned), intelligence, rotary wing (helicopter and V-22) resources and special operations. These resources have been extremely stretched during the current wars in Iraq and Afghanistan and have been highly effective as well! They represent a bigger bang for the buck of taxpayer money in some conditions. But the future war needs are hard to predict as Mr Hale agreed. So he also talked about the need for future weapon systems such as the F-35 Joint Strike Fighter, the Army’s Future Combat System, a new long range bomber, new ships for the Navy and Army (did you know the Army owned ships?), a new ground vehicle and a regional missile defense program. But for these programs he wants to focus on how we buy and build them to keep costs down – a very big challenge for the Defense Department and any large bureaucracy.

The rotary wing production improvements include increasing Army aircrew training by 9% and adding two Army Combat Aviation Brigades. The ISR (Intelligence, Surveillance and Reconnaissance) capability will increase from the current 37 Combat Air Patrols to 65 and the purchase of 12 EA-18G aircraft will expand theatre electronic warfare resources. Special operations will increase the gunship fleet, the Civil Affairs/Psyops manpower and service support personnel. There will also be improvements in Homeland Defense and how we counter weapons of mass destruction! Finally the rebalancing will stand up CYBERCOM, a new command with focus on the defending and exploiting of computer, command and control and internet resources.

The budget will restructure the F-35 program and purchases 42 aircraft in 2011. It includes numerous other weapon systems including the KC-X new tanker program (some of the Air Force’s tankers are older than the crews grandparents!) and shipbuilding programs.

As part of the reform the secretary said there were a number of program terminations in the budget as well. He spoke specifically concerning the C-17 aircraft and the alternative engine for Joint Strike Fighter (F-35) for termination when he said,

“And Secretary Gates has said that if Congress chooses to add money for these two programs, he will strongly recommend that the president veto any legislation that does that.”.

Is this the view of everyone in the Defense Department? It certainly is not with congress and defense contractors (of course, they want to keep production going). But even within the Defense Department there are some who see the need for continued production of the aircraft. Earlier that same day a theatre commander was discussing the Cobra Gold exercise during a different DoD Roundtable. When I asked about his ability to move a command post via C-17 load he said, that the airlift resources were limited and he had to use sea lift for the exercise. Secretary Hale challenged that assumption while blaming it on allocation issues. Of course, there can never be an infinite amount of resources to meet everyone’s needs all the time and that is why we have such a thorough process. Sometimes the politicians, media, service priorities, military associations, defense contractors and many others influence the final product signed by the President.

We will see a lot more interest in this budget process through the media and I will write an additional blog on the last theme, Supporting Our Troops in the Field, in the future and then as we work through the budget process I will discuss new issues as they boil to the top of our table top discussions!

Please to our MilitaryAvenue articles on the military budget to read more about the program and what you can expect to see in your family budget or changes to programs that your family is involved with on a day to day basis.

Thank you to the staff at DoDLive for organizing this great Roundtable discussion. If you like to read or listen to the Roundtable please go to DoDLive!