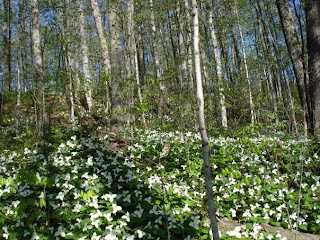 It was a beautiful day in Michigan on Earth Day this year! Sunny, 70 degrees, the Redbuds were out in full bloom, the air was fresh, grass was green, we have vegetables in the garden coming up and I was talking to Mr. Tad Davis, Deputy Assistant Secretary of the Army for Environment, Safety and Occupational Health. We were discussing the Army’s Earth Day activities and their “Army Go Green Initiatives”. We were meeting with the DoD Bloggers Roundtable while he was visiting Ft Bragg and he explained that he had just left Butler Elementary School after meeting with a fun group of 3d graders to talk about Earth Day! Great combination, Month of the Military Child and Earth Day! Mr Davis had also attended an Earth Day ceremony and recognized Ft Bragg’s Natural Resources Team with an Excellence Award. A busy man he took time to tell me about the Army’s Sustainability Program and answered our questions.

The Sustainability Program has been established at 30 Army installations worldwide and sets goals at installation level for waste, water, air quality, energy use and other environmental standards. The first report for sustainability was recently published for 2008 and it is available for the public to review. They are studying green house gases (“carbon bootprint” was a clever term they have coined), energy self sufficiency, using a holistic approach and even looking at contingency operations following a RAND corporation study – Green Warrior. He listed several successes that reduced the contingency burden for energy, transportation and water. A great example involved the use of temporary structures in Iraq for housing for soldiers. About 80% of the energy used for providing cooling and heating was being lost due to lack of insulation. With the use of a spray foam insulation they were able to cut the loss by 50%! They established six water treatment facilities which were able to replace the demand for bottled water and the resulting transportation demand (I remember flying a number of pallets of bottled water into theatre on a C-17 so you can imagine the savings with local water available). 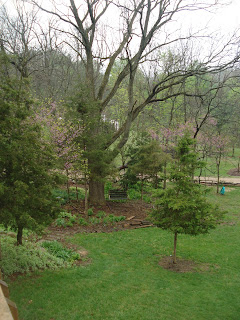 rational issue of energy use during deployments and he had quite a list! The first: Commitment to designing and using better construction methods for reducing energy costs, better use of water and meeting green standards. Second: The development of Energy Security initiatives such as Solar, Wind and Geo-thermal to reduce our oil dependence. Third: Natural Resource Protection and the Protection of Endangered Species produce less operational restrictions in the long run with smart efforts.

When he described the efforts at Ft Irwin to build a solar energy project the numbers were staggering! The complex will provide 500 megawatts of energy and Ft Irwin only needs 40-42 megawatts so the additional 450+ megawatts will be available for the electrical grid! With the contractor involvement and leasing of the property the Army will save $$$ and provide for the environment as well! A smaller project already operational at Ft Carson since 2008 is on top of a landfill and provides 5% of the post’s energy needs! The Army is also supporting the cleanup of the Chesapeake Bay watershed with projects at several posts that drain into this beautiful water. They have spent $18M at Ft Detrick alone to improve waste water management to avoid adding to the pollution of this once pristine bay! At Ft Belvoir, Aberdeen Proving Ground and Ft Meade the Army is improving water filtration

as part of this multi agency effort to improve the Chesapeake!

The key to the long term effort of Army Go Green is the training of soldiers. The training goes down to the individual soldiers with company level environmentally trained NCOs! The idea: reduce health risks to soldiers and leave a healthy environment for the soldiers, their families and the citizens of countries where we are deployed!

It was a busy week and I did not get to finish this blog on Earth Day as I had hoped. So as I sit and look out the sliding door as it rains and helps our yard and woods Go Green I can appreciate the efforts of Mr Davis and the Army to make it a better planet! I also, really appreciated Mr Davis, for stopping and spending an hour with the 3d graders at Ft Bragg during the Month of the Military Child! I am sure it was a special time for the kids and Mr. Davis!

For another Earth Day article please go to Earth Day 2010! If you would like to read a transcript or listen to an audio of this Roundtable, please go to DoDLive!

Email ThisBlogThis!Share to TwitterShare to FacebookShare to PinterestMilitary Life:Col K,Earth Day,Month of the Military Child