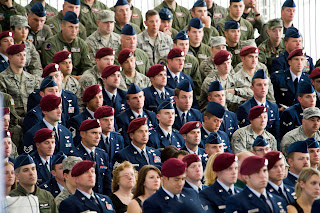 Are you a veteran that has served since 9/11? Were you involuntarily extended beyond a separation or retirement date between 9/11/2001 and 09/30/2008? Do you know someone in these circumstances? Or even think they might have been? Be sure to tell them that they are eligible for $500 per month or partial month from the Department of Defense! Please go to www.defense.gov/stoploss to fill out the application! It takes 30 minutes! Average payment has been $3700! The end date for application is October 21st! Less than 3 months! Do not put it off! Tell them today! If you are eligible, file today!

The DoDLive Bloggers Roundtable with Lernes “Bear” Hebert, Acting Director, Officer & Enlisted Personnel Management for the Office of the Under Secretary of Defense, Personnel and Readiness and Major Roy Whitley, the Army project officer to help spread the word 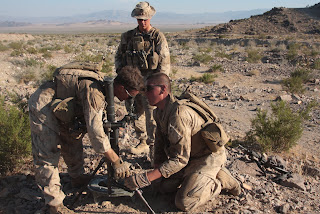 to those who are eligible for these payments authorized by the 2009 War Supplemental Appropriations Act established Retroactive Stop Loss Special Pay (RSLSP). Approximately 145,000 former and retired service members are eligible from all services and components! Guard/Reserve? Go through the website application process as they have Guard/Reserve specialists to handle your application to meet the laws requirements! Not sure?? Apply! They are willing to review the applications for all you!

Surviving spouses go to the head of the line for review so if you know of someone in these circumstances please tell them too! The site has specific directions and assistance for them! The review process takes 2-4 weeks and is getting closer to 2 weeks according to Major Whitley! 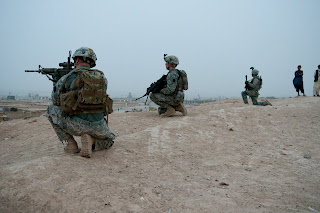 Total: 145,000 Paid: 30,000 Only 10% of the applicants have been denied! I ask why and Major Whitley said that some confuse unit stop loss with individual’s who had a delayed separ

ation or retirement due to stop loss.

What is being done to get the word out? Mailings, posters at VA centers, military associations have been contacted, information at recruiting stations and bloggers are being asked to help! The Army even has a stop loss Facebook page!

Again please go to: WWW.Defense.Gov/StopLoss to fill out the application!

If you would like to listen to read the transcript from this Roundtable please go to DoDLive! Thank you LT Cragg for moderating and Mr Hebert and Major Whitley for helping our deserving veterans!

The Cost of the “Five Finger Discount”