War is not a pretty subject. Neither is fear, deployment, amputation, separation, PTSD. Others start wars, individuals receive the trauma. Others can turn off the horrors, by switching a TV channel, some try to change position in a wheelchair. Life. We take it or we value it.

I sat face to face with Bob Woodruff, a man who was at the pinnacle of his career 5 years ago. He was offered the opportunity to talk about the war as he accepted the co-anchor position on ABC News. The table where we sat was so polished that I could see his reflection perfectly, and remembered what it was like seeing him on the news. Yet we remember him beside the tanks, in the flack jacket, in the dust and dirt, not in the polish of ebony wood and leather chairs. We remember the jolt of hearing he was critically wounded. At home communication from the 4th Infantry Division jerked.

Five years later, in NYC, let no dust, dirt or sand gather around the folks of his saga. Stand Up For Heroes covered his heart, opened his body language to pour out the truth of his fervor. 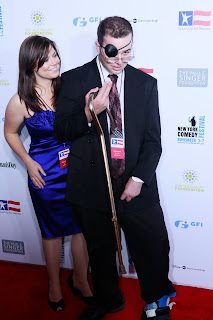 Again, a man with a mission:

The Bob Woodruff Foundation provides resources and support to service members, veterans and their families to successfully reintegrate into their communities so they many thrive physically, psychologically, and socially and economically Through a public education movement called ReMIND.org, the Bob Woodruff Foundation helps educate the public about the needs of service members returning from war – especially the 1 in 5 service member who have sustained hidden injuries such as Traumatic Brain Injury and Combat Stress, including PTSD and Anxiety – and empowers communities nationwide to take action.

… A partial excerpt from the “About the Bob Woodruff Foundation”

Bob Woodruff sat and answered questions, went back into a horrible time and recounted the heroes that he met. Heroes in life are to be counted, collected and organized by times in your life as there will be so many. During the 37 minutes in 2006, from normal, through mayhem, to medical patient receiving care; his remark was “who could count how many there were” that brought him to where he is today. Mechanics, medics, flight engineers, and multiple other career hero-type folk in uniform! They were there together. 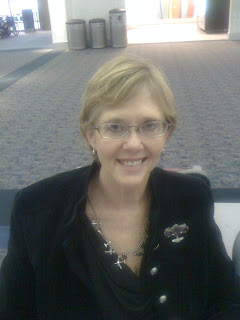 And now he sat there letting us know he was still there and will be there with them… and will bring others who say, “Yes, I support the troops… but how can I do more than say that?” Bob said “It’s not about the war, but the warrior.” Get into action.

Photo Credit: First image of Hero with Family member on the Red Carpet at Stand Up For Heroes, NY, NY! used with permission: image taken by Marcos Rivera and is property of Euro RSCG Worldwide PR.

Photo Credit: Second image of the author taken by MilitaryAvenue

As a part of attending the Stand Up For Heroes event, Sears Holdings provided my travel, accommodations and a FlipCm to capture on-site footag byColonel KonFriday, November 05, 2010