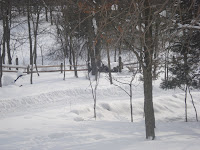 Music plays in my life like breezes in an open field, sometimes noticeable, often relaxing and at times bone chilling. I hear songs in the background without recognizing the words. I might know them; I did when I first added an album to a playlist, but now, they fit in.

Robert’s desk was front row, front seat. Robert was Robert, not Robbie, Bob or Bobby: Robert. He would cringe when an unfamiliar person would call him Bobby. I saw it as I was the substitute teacher who was coming in February to finish the school year: 6th grade math and home room.

Robert could not sit still. He would squirm; move side to side in his seat, tensed.

Time to talk to the school nurse. She was a wizard to whom I went with questions about several of my 11 and 12 year old pupils. Everyone needs a wizard in their life!

The back of the classroom was her perch; her loving eyes watched my students. She knew them, knew when they moved on base, and heard when they were leaving. She was a rock to whom they turned when they weren’t feeling well: feverish or just heart sick. She gave them access to her room and life.

Robert filled her vision and her day today.

After class I went down to her office. I was thinking he had an uncomfortable rash or something on those lines. Our school nurse had already called Robert in, called whomever it was that procedure instructed her to do. Child protective services were in action. Robert was being abused by his Mom’s boyfriend.

UGH! Oh no! How long? All of these thoughts/questions thunder~bolted through my skin.

Abuse? It is a creepy, sickening occurrence that chars our world. Abuse could be scorching a child in your housing complex, it is in your community.

Who to talk to?

What are the repercussions if you are right?

What if you are wrong? Who is served? Who is neglected?

I am brought back to today, now, music that has just slapped me in the ear.

It makes my skin crawl, tears flow and breath stop.

Genesis: You’re No Son Of Mine youtube.com video

Look at children. See their innocence. Do not let them be robbed or scarred .

Where do we find the wizard in our life now? To whom can we turn?

In this month of the Military Child know that there is help.

A DoDLive Bloggers Roundtable has been scheduled to discuss Child Abuse Prevention Month. David Lloyd, director of Family Advocacy Program will be joining in on the call.

This will an emotional topic! Again, the music on my computer is streaming throughout the house, now it is working as a solace for me.

On the playlist is the final song of the afternoon: Michael W. Smith’s Calling Heaven.byDeborahonWednesday, April 13, 2011

Email ThisBlogThis!Share to TwitterShare to FacebookShare to PinterestMilitary Life:Child Abuse,Deborah,music

10 Years Down the Road