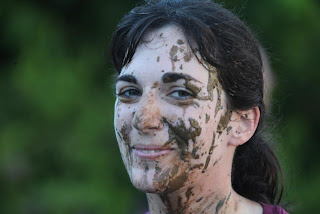 The American spirit! We see it all around us!

Did you know this week was Volunteer Appreciation Week? Who do you think are America’s best volunteers? I give a vote for our all volunteer armed forces involved in three wars that began 10 years ago and yet we still have a force that makes its recruitment and re-enlistment goals each year! How about the American military family? They sacrifice so much and work so hard to take care of themselves and still find time to volunteer and support their communities!

During my times as a military leader and even now I realize that many of the on the installation organizations could not function without all the hours of volunteer work from military spouses, service members and military kids! They do it all! In the civilian world I see hours and hours of work at our local church to provide services and care for our youth, the local group that keeps our nature trail clean, the outpouring of support for parades recognizing our country’s heritage, our veterans, those who died protecting all of us and much more!

nt Secretary of Defense (Military Community and Family Policy) who was excited about many of the same things! He said he had a better appreciation for American volunteers after studying volunteerism in other countries. He said the key to much of the current efforts is the use of social media to spread the word about volunteer opportunities and needs. Military families are also serving outside the installation gates and many need help outside the gates too! He cited the United We Serve website as a tool to find needs and ways to volunteer as well!

He mentioned the program announced from the White House to enlist civilian support for military families by the First Lady Michelle Obama and Dr Biden, our Second Lady. Approximately 70% of the military community live, worship and play in their civilian communities! They support their schools, churches, civic minded groups an 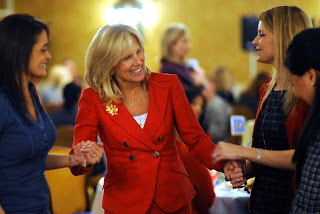 d others with their time and giving! Gordon said that private/public partnerships are critical to identifying needs and filling the gaps of services available. Not a new effort but the door is being opened to strengthen these ties. One example that he identified was in the realm of childcare. With the military families needing child care beyond the capacity of DoD facilities, the department has opened agreements with 13 communities across the nation to assist with child care needs! The President has declared that military family support is a national priority!

In addition to the needs of the active forces and their families Gordon also highlighted the Yellow Ribbon program of the National Guard and Reserve forces to support their members spread throughout the civilian communities with information, referrals, support services available and benefits, both public and military. My own experience with a son in law in the National Guard is that they have a critical outreach to connect with Americans who have little to no knowledge of the military lifestyle.

A key question for Gordon was how to translate volunteering into employment opportunities? He said the spouse education and career initiatives translate into a skill set that can be used by employers. Organizing, working with diverse groups, a work spirit and enthusiasm create job preparation skills. He closed with a comment on volunteerism that I thought was insightful. Volunteerism demonstrates 1) selflessness and 2) selfishness. We show we care for others by volunteering and we care for ourselves by doing the same volunteering! We are a better country for our volunteers and we are better individuals for it as well!

You can find some very interesting and military hot topic subjects such as TBI, PTSD, support programs and other Roundtable discussions on MilitaryAvenue’s Blogs! If you would like to listen to the audio of this very interesting Roundtable please go to DoDLive!

PS: Have you heard of the campaign to make the military family the Time Magazine Person of the Year for 2011! I so think they deserve this recognition! There is a ground swell of support; be sure to find out more and how you can join in this recognition!