It is an image which many of us hate to see! Military members saying good bye! We have to say goodbye to family and friends during d 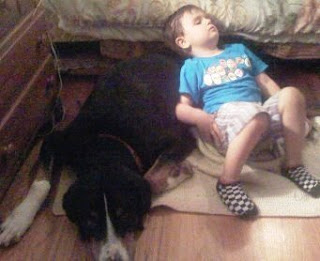 eployments, long temporary duty (TDY) assignments and remote tours. It can be a heart ache for all involved but sometimes it includes our four legged friends! For some giving up a pet means never seeing the animal again! I had the opportunity to meet and interview some neat folks from Guardian Angels for Soldier’s Pet who help pet owners who deploy find a foster family for their pets.

Guardian Angels for Soldier’s Pet has 3,000 volunteers from all 50 states who become a foster pet parent for our sailors, soldiers, airmen and marines! A non profit organization they use 25 coordinators to run the organiz 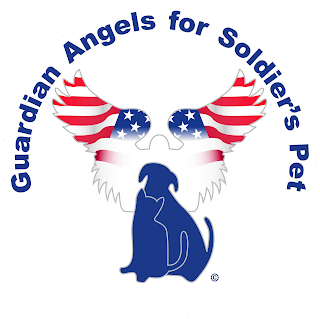 ation according to Jessica Semon, National Marketing and Communications Director
of the Guardian Angels who grew up in an Air Force family. I met Jessica at the Military Bloggers Conference in Alexandria, VA last weekend. Jessica was very forthcoming about her desire to help our military pets and brought Teaka, a volunteer’s pet to the conference as a method to improve our awareness of their organization and help spread the word to you!

On their website at http://guardianangelsforsoldierspet.org/ the organization describes its mission:

“Supporting our Military, Veterans, and their beloved Pets to ensure the pets are reunited with their owners following a deployment (combat or peace-keeping mission) in harm’s way to fight the global war on terrorism or unforseen emergency hardship impacting their ability to retain their pet’s ownership rights.”

Jessica said they have found foster homes for dogs and cats and even a horse! I asked how the process worked and she said the service member starts the process through their website and then sent me to a foster parent to talk about her experience! Eileen Hansen (who gave me permission to use her name) is the mother of a US Navy sailor who deployed and had to give up her three cats and was heart sick over it. Allergic to cats, Eileen could not help but she loves dogs and jumped into the fray to help others avoid the same situation for others through Guardian Angels for Soldiers Pet Organization. She said she is the foster parent of Deycon (pronounced Deacon) after the parents (who were a dual military family deploying at the same time) placed Deycon’s profile and information on the Guardian Angel’s website. The organization tries to match locality to make it easier for the handoff and in this case both sets of parents were in the same state. 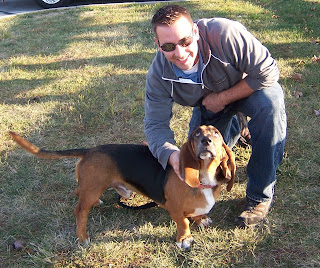 n to insure they were comfortable together! I was laughing out loud at her description of Deycon’s antics during his stay with her! Quite a comic, he left a PETCO store with a toy in his mouth and when the alarms started going off Eileen said she was almost arrested for shoplifting despite not knowing he had it. She said he also likes to collect and hide her sons’ nerf toy bullets from them. She said it will be hard to return Deycon but she feels such a satisfaction knowing that the parents will get their pet back at the end of their tours.

Guardian Angels for Soldier’s Pet also has a Facebook and Twitter accounts if you would like to follow them at http://www.facebook.com/GuardianAngelsforSoldiersPet
and http://twitter.com/#%21/GuardAnglSolPet. As a non profit 501c3 organization they are looking for support to keep this wonderful program going so if you would like to participate as a volunteer, provide a gift or know a corporation that would like to help sponsor, please let them know!

Thank you Jessica and Eileen for taking the time to talk to me and tell your story! What a fantastic organization you belong to in support of our military pets! 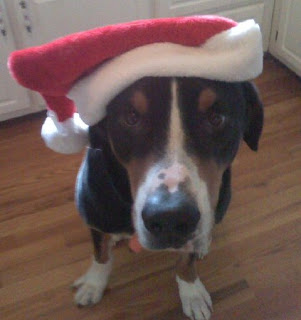 For all of our military spouses, have a great Military Spouse Appreciation Day today, Friday, May 6th!

Otis with Soldier – Fostered in Illinois (recently reunited with soldier)