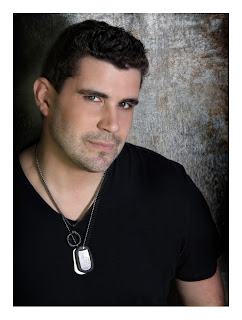 Josh Gracin “I Want to Live”

I watched Dan struggle for breath, his pneumonia and infection making it so hard. He was sweating, the pain meds helping but the pain in his eyes was clear. We had traveled to be near Dan before the surgeons were going to help. Leading a church youth group service trip to Nashville, TN, Dan had fallen ill and needed urgent care. I saw him smile as his 2 year old came into the room and rocked his world…

I had been looking forward to interviewing former Marine, Josh Gracin about the “Rockin for the Troops” concert in Wheaton IL on July 16th and now the words of Josh’s “I Want to Live” were speaking to me personally as my son lay ill. A song writer and performer’s skill to talk with others and tell their story touches the human race. Josh Gracin will sing a song about an American hero’s story after choosing a winner from many entries that touched his heart during the Portraits of Heroes Song Contest.

Caring about the military community that Josh is a member of, he reached out to the Sears Heroes at Home, Portraits of Heroes song contest to raise funds for military families. His music will also keep alive the memories of US Army, Sgt 1st Class Ofren Arrechaga, 101st Airborne Division, killed in Afghanistan on March 29th. Seana Arrechage, the soldier’s widow entered the contest to tell his story of their life together and wrote, “In the 1305 days I had him, he showed me how to live with no regrets and how to love with no limits. He taught me that you have to fight for what’s right when no one else will especially when it comes to your family.”

The interview was one of modern technology with the Sears public relations firm, Euro RSCG Worldwide PR coordinating with Josh, as he traveled through West Virginia to talk to me as I sat in Centennial Hospital in Nashville.

The sergeant’s story will be told in song after Gracin and Arrechaga’s widow met in Nashville to collaborate and discuss the project. Josh said that Seana wanted the song “to help everyone” and he wanted it to have a universal appeal as well. The song captures the emotions of a woman who lost so much but wants to help others! That is service before self and really captures the heart of America’s military spouses. Josh said that he is looking forward to the concert to debut the song, “I Will Not Say Goodbye”. He said that the Sears Heroes at Home program was “amazing” how it helped veterans re-model, upgrade and make their homes disability friendly.

The press release from Sears included these comments:

“The touching stories submitted through the Heroes at Home ‘Portraits of Heroes’ song contest reminds us of all the strong men and women who serve our country and the families that support them back at home,“ said David Friedman, SVP and president of Marketing, Sears Holdings. “At Sears, we continually look for ways to improve the lives and homes of our active and veteran soldiers—something we couldn’t do without the generous support of our customers and associates.”


Now in its fourth year, the Sears Heroes at Home program has raised more than $21 million with Rebuilding Together, the nation’s leading nonprofit working to preserve affordable homeownership. These funds have been used to help renovate and rebuild more than 750 homes across the country as part of the Heroes at Home program, which aims to improve American military families’ lives by making necessary repairs, improvements or modifications to their homes.”

I want to take every
Breath I can get
I want to live
Yeah, yeah”

Dan is doing better and so are America’s heroes as they are cared for and get the opportunity to feel appreciated! Thank you Josh and Sears for making this happen! If you would like to support this program please go to Heroes at Home! They are looking for volunteers, gifts and your support.byLeanne KocsisonWednesday, June 22, 2011

“A Cause Worth Doing” – DoD Roundtable