Leanne told us years ago that she met a Marine. 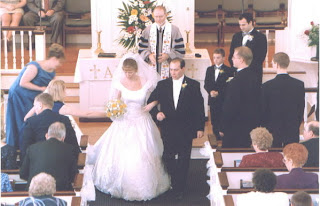 We are USAF folk you know.
A Reserve Marine. Dedicated to tasks that were in his path Paul was certain then and now that Leanne was to be his life’s partner. Not quite that simple but a good way to state where they are today. That’s the gist of it. Paul is a highlight in our lives. He ‘moved on’ to be an Ohio Army National Guard JAG. The best they ever had undoubtedly; father of boys and like his Marine heritage, on task at bringing this family to strength, faith and love of life.

Forty some years earlier Dale’s cousin met her Marine. Fred went from high school to Vietnam with hardly breathing time in the middle… but with time to court a blond beauty named Jacque Kissinger. Fred was best friends with my hubs, loved to laugh, reach out and help anyone he could and trustworthy. Nice accolades! And true.
We gathered with Dale’s cousins this weekend at our house. They relived stories from their teen years. It was hours of merriment and nostalgia, marvel and medical discussions. We all had medical ‘conditions’ it seemed: except for Fred. 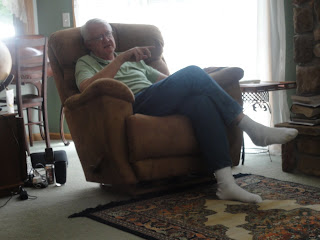 Even out of uniform, ever a Marine.
Fred, the only one who saw combat in Vietnam, only one to witness a death there, only one who got through Camp Pendleton. Strong and solid Fred. Not to say that medical issues haven’t slapped him up side the head, but he didn’t join in on this talk. He is still that marine who takes what is given to him, rejoices in what is good, but moves forward in tough times.  He didn’t have doctor reports to share, pain issues to proclaim… he has Jacque, and that is where his heart has been and will be.
Marines have a mission clear and strong.
I’m thrilled to have them in my life. Our family is so blessed because of them.

Proud Papas and Patriots both. Thank you Paul and Fred!byDeborahonSaturday, June 25, 2011

Email ThisBlogThis!Share to TwitterShare to FacebookShare to PinterestMilitary Life:Deborah,family reunion,Marines