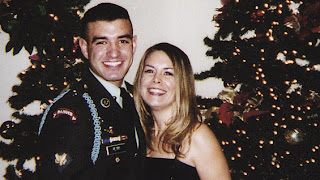 
We all make them – those decisions that are made in the blink of an eye. But some are more important than others, how about life changing ones? We take time to consider those? Right? Sergeant First Class Leroy Petry had a life changing decision and he only had the blink of an eye to make it in – the grenade was live, it was close and he and his fellow Rangers were going to die. His decision to pick up the Taliban’s grenade and throw it away from his team saved their lives and his, but cost him a hand as it exploded a split second after he picked it up and threw it. His quick decision and actions earned him a Medal of Honor on Tuesday at the White House.

What makes such a special man? How best to find out? From his fellow Rangers, team members, supervisors, those he saved by his extraordinary actions? We had all of those during the DoD Bloggers Roundtable yesterday! Captain Kyle Packard, Master Sergeant Reese Teakell, Sergeant First Class Jerod Staidle and former Staff Sergeant Daniel Higgins served with Petry during his tours and Higgins was wounded and saved by Petry’s heroic actions in Afghanistan during the battle on May 26, 2008. These are extraordinary men themselves, elite Rangers, selected from the best of the best soldiers! With hometowns across the country in California, Wyoming, Michigan and New Mexico, they represent America!

According to CPT Packard, Petry was ‘the best squad leader I have known.” His “dedication is always impressive.” Staidle said, an “outgoing and selfless person” and “willing to stay after work”. The kind of accolades one would expect about this man who battled terrorists in repeated tours of action in Iraq and Afghanistan. Four, six, nine and twelve times these men have responded to the call of action with combat tours in Iraq or Afghanistan! Words of men, not to be taken lightly!

Packard described the mission as a complex as they sought a high value target, a leader of terrorists. They arrived in helicopters at high atltitude in daylight to locate and apprehend or kill the target. Not their normal mode of operation for the Rangers who like to fight at night with their technology giving them the advantage. They met resistance from men willing to die to protect this leader according to the team. One ranger was killed in the courtyard where Petry and Higgins were wounded. Specialist Christopher Gathercole was mortally wounded by a Taliban bullet and these men said, remember “the value of sacrifice”. They do not want their friend forgotten and were very appreciative that the President recognized Gathercole’s family during the Medal of Honor ceremony. 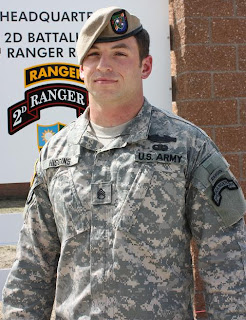 Former Staff Sergeant Daniel Higgins now attending collegeThe fight continued for 8-9 hours and when asked they said their training had been the key to their stamina and response to the tactical issues they faced – high elevation, physical and mental strength, determination to continue the fight despite the casualties they had. The Rules of Engagement were not changed according to Packard with “hostile intent/hostile action” the key words.

I asked about the ceremony. Was it impressive? Staidle – “Best Experience of My Life” Teakell, Good day – recognition for SGT Petry”.  Higgins in the courtyard with Petry said later, it “does not surprise us he did it”. Staidle said the Medal of Honor for Petry “pays itself forward” for other Rangers. Had an impact on the Ranger Regiment and is a great opportunity to tell the Rangers’ story! Indeed!

Back to work with the 75th Ranger Regiment SFC Petry, “does not let his prosthetic hand interfere with his life” according to these men. He has no limitations. A split second decision, but one he was prepared to make due to traits they saw every day! Every American owes Petry their gratitude, two Rangers owe him their lives! 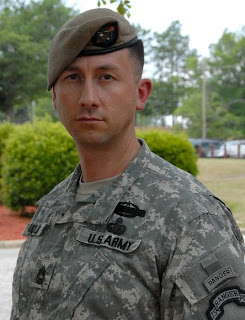 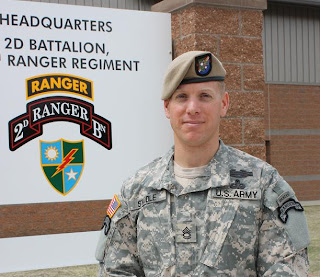 Sergeant First Class Jerod StaidleTo listen to a audio transcript of this Roundtable please go to DoDLive. To read more about Sergeant First Class Leroy Petry be sure to visit his Medal of Honor website. We have numerous DoD Blogger Roundtables as well that you will find it interesting on MilitaryAvenue’s Our Letters to You!

PS:  I had the honor and privilege of being deeply involved with the Rangers as an Air Force special ops commander and pilot conducting airdrop and insertion missions with them.  They truly are extraordinary men! 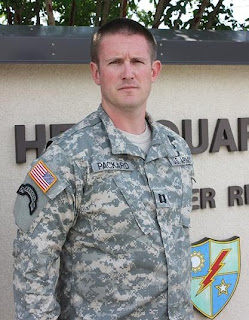