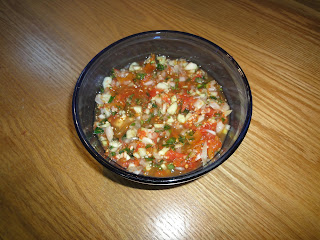 Col K’s Sassy and Yummy Salsa finaleWhat a refreshing, thick and tasty salsa. We had it with a few chips and a glass of wine on the deck at the end of a busy day and it helped cool us off!  As a follow on, we had a 6 year old grandson’s birthday party and knew it would be a hit!

Be sure to chill for at least an hour after putting together! Easy to make; place ingredients in a mixing bowl and if wanted you can transfer to a nice dish later. Many of our items were fresh from the garden including the herbs or local farmer’s market! It is so nice to have that option. 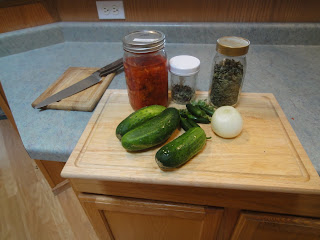 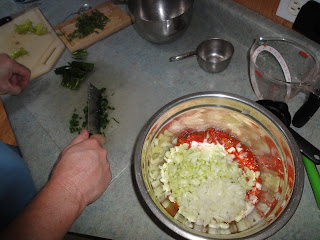 This recipe makes enough for 8!  To see fun Tasty Tuesday and other recipes go to Our Letters to You! on MilitaryAvenue!byColonel KonTuesday, July 19, 2011