MilitaryAvenue is here to support our men and women in uniform and their families! Period! We do not desire to be political but must occasionally operate in that world as decisions are made in DC every day that affect you – The Military Community! Usually we simply post the articles to our Reading Room for you to digest and make a decision on how you feel things are going. Sometimes we highlight articles/information in the form of a blog or posting a link to a critical piece of data. We also participate in Department of Defense Blogger Roundtables to provide the newest and most current information. We also use our Facebook page to make you aware of issues and seek feedback. 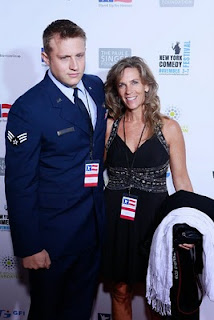 Stand Up for Heroes Event … See BelowToday, we feel a bit stronger about an issue because it will directly affect your budget, your family’s ability to plan for the future and how much you can rely on the political process to follow up on promises made during wartime! Plus, we expect fairness, those who sacrifice the most should not be expected to pay the most too! The President and his predecessors sent you to war! No one else did but they seem surprised that the military medical system now costs more! They did not send civilians to war or ask them to sacrifice but now ask that the military retirement system be “civilianized” to make you pay more, be more like them and help reduce the federal budget crisis.

Yes, it is time for Americans to sacrifice but the burden is not being shared across the board under this proposal! Many programs favored by this administration are not being asked to pay more like we are! Why not? Politics! Voters are not being asked to sacrifice like you are as a military member or their family! A big Washington DC pat on the back but when the crunch time comes they forget all about what we did and why!

I received an email yesterday from VADM Norb Ryan, USN (Ret) who is the President of MOAA (Military Officers Association of America). Ryan cited several problems with current budget proposals that will affect you! Read what he said, 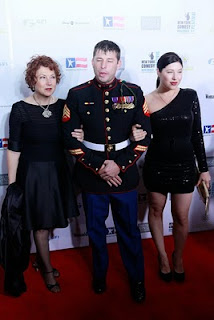 Stand Up for Heroes Event … See below“Yesterday, the Administration put out its plan to cut the deficit by $3 trillion over the next 10 years, including specific proposals for $27 billion in cuts in the military retirement and health care package.

• Establishing an annual enrollment fee for TRICARE For Life

Most upsetting, the stated intent of the proposals is to “align government programs with those in the private sector” and address the “measurable disparity between the fees most retired private sector workers pay…and what retired military personnel pay.”

Those words show a shocking insensitivity to the extraordinary demands and sacrifices imposed on career servicemembers and families….”               Bold added by MilitaryAvenue

Admiral Ryan goes on to say how we must take action and not sit on the sidelines while this process moves ahead! It is not a football game, it is our future. Military personnel are often reluctant to get involved, but now is the time for action! Write or call your congressperson or senators or all three! Tell them how you feel about these budget proposals, what they will do to your plans, if they will affect your decision to continue serving on active duty or how they will change your medical care! We are too easily forgotten!  Here is an easy to use link to send your message:  Protect Military Benefits

Finally, join a military association to act as your voice in DC! There are some great ones such as MOAA and the NCOA (Non Commissioned Officer Association! Find one you like, join today and let your voice be heard!

PCS: Charleston, SC Get Out Of the Gate!