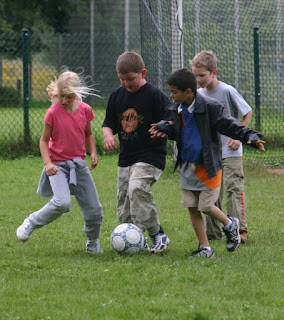 Army children in youth program … see below for creditChandler said,  Secretary of the Army – no cuts to Army programs for families without his specific approval.

Did you know that the US Army end strength (total number of active duty soldiers) under the Defense Departments current plan and budget will be at 490,000 after the drawdown is complete? That is the loss of eight brigade combat teams and other resources (80,000 soldiers to be specific).   The number of cuts seems to be a bit of a moving target as we talked just recently (December) with the DoD Blogger Roundtable and the number was 50,000!

The Sergeant Major of the Army Raymond F. Chandler III responded to our questions during a DoD/Army Blogger Roundtable concerning the Army Profession and what we have learned after 10 years of combat.

During his opening remarks the Sergeant Major said that the Army professionalism came from each soldier’s competence, character and commitment. He felt that a renewed effort was required for the last two but that combat had provided the opportunity for soldiers to master their competency skills in their MOS (Military Occupancy Specialties). Chandler said that he was “awed by professionalism” he had seen in the Army and that he was “proud to be part of Army team”. The US Army and the other services as well, are being given an opportunity to review and evaluate our performance and make adjustments to our way of fighting and winning America’s wars. But MilitaryAvenue is concerned that many of the changes are being driven by the huge changes (i.e. reductions) in the DoD budget versus strategy or policy.

The DoD budget issues and decisions are impacting everyone (including retirees like myself facing a large increase in medical fees for Tricare) so I started off the questions with how the Army family fit into the landscape of the Army Profession? Will the drawdown reduce the services available to our heroes? Their families specifically? The last 10 years have been different according to Chandler and I agree! Ten years of combat that either made military families stronger or tore them apart. Suicide, divorce, disabilities, combat injuries, … just plain loneliness, missed holidays, birthdays, anniversaries and more. Some of the spouses and children survived these lean family times with assistance from military support programs and I am very concerned that these programs will be reduced. 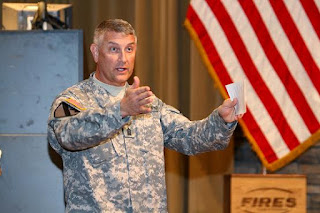 SMA Chandler  See Below for photo creditChandler assured us that the Army Family Covenant instituted in 2007 remains in place and that the Secretary of the Army said that there would be no cuts to Army programs for families without his specific approval. There might even be increases for some programs that are seen as extremely beneficial. He said that a managed drawdown will include the outstanding benefits that we currently see. I heard the, “Recruit a Soldier, Retain a Family” from him but then later he discussed the Army Family Action Plan (AFAP) and said now is the time to scrutinize these programs for their effectiveness. He cited 84 different behavior health programs and asked rhetorically “are they all helping?”. He said that taxpayer funds should be used efficiently and I certainly agree. But if we are going to protect military families we must ensure programs are not cut for “efficiency” versus how they benefit military families. For example, cuts in civilian manpower could translate into fewer FMWR (morale, welfare, recreation) sport and youth programs, reduced community involvement and limited hours at post outlets. These would not require specific approval from the Secretary but would have a similar impact as a program loss. If we look for “efficiencies” that is frequently a Pentagon term for funding cuts and the families who sacrifice so much deserve better! 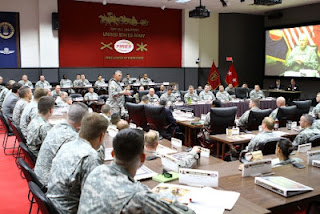 Junior Leader Forum   See below for photo creditHere are some key points and promises of the Army Covenant:

Sergeant Major Chandler and the Roundtable had talked earlier (…The head “Scout” of the Army’s Enlisted Force Talks with MilitaryAvenue) and we enjoy his candor and knowledge. The Roundtable delved into other subjects including the “garrison Army”, training standards, physical fitness, the all volunteer force, recruitment standards, nutrition education, brown boot versus black (great news for soldiers, brown boot wins – no polishing) and much more. You can find a transcript and audio of the Roundtable at Army/DoD Live along with other social media information!

A big thank you SMA Chandler for taking the time to talk with us and to SSG Dale Sweetnam as well for his exceptional job moderating the Roundtable!

PS:  Little known fact: 38 states now offer unemployment benefits for military spouses that lose their job due to PCS.  A big kudo and Hooah to the Army Family Action Plan team that took this issue on – in 2002 most states (42) considered this a voluntary relocation versus involuntary! For more information go to ArmyOneSource!

Photo Credit Sgt. Maj. of the Army Raymond Chandler III speaks to Soldiers Nov. 15, 2011, about what it means to be a professional during the Army Profession Junior Leader Forum at Fort Sill, Okla.