The Medal of Honor was posthumously awarded by the President of the United States to U.S. Army Specialist Leslie Sabo killed while saving the lives of his friends and fellow soldiers on May 10th, 1970. The Blogger Roundtable spoke with members of his company and platoon to discuss the events which led to Sabo receiving the Medal of Honor – 42 Years after he was killed.  They talked about his heroics on that day after they were ambushed in eastern Cambodia. Accepting the award was Sabo’s widow, Rose Mary Sabo-Brown. The Sabos had been married during his short leave from Advanced Infantry Training (AIT) and honeymooned during 30 days of leave before he left for Vietnam.

During comments at the ceremony President Obama said, veterans of the Vietnam era were not treated properly by Americans. Can I get an “Amen” from the crowd! A quick comparison for you: Can you imagine Jane Fonda simulating shooting an Iraqi anti aircraft gun at American planes during Iraqi Freedom and being cheered by most in Hollywood for it and never prosecuted for aiding and abetting the enemy? That is exactly what she did to Vietnam veterans and America followed the lead of many like her. 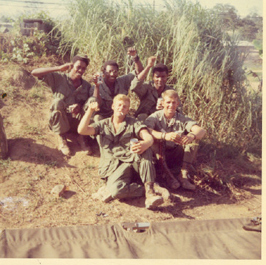 So it was not surprising that the members of Sabo’s unit found the process of pushing the Medal of Honor paperwork through the bureaucracy as healing. Alton “Tony” Mabb first found the paperwork in the national archives in 1999 and many friends and members of Company B, 3rd Battalion, 506th Infantry, 101st Airborne Division had spent the following 23 years pursuing the recognition.

Many Americans did not even know that we had placed our troops in Cambodia in 1970 to destroy the North Vietnamese logistics network known as the Ho Chi Minh Trail which came from North Vietnam through supposedly neutral Laos and Cambodia into South Vietnam. Members of the platoon described the battle as different than the battles “in country” (South Vietnam) which were guerrilla like skirmishes with the Viet Cong. In the battles in Cambodia the North Vietnamese Army matched us firepower “round for round” and Sabo was killed while protecting a comrade from an enemy grenade, “low crawling” ammunition to his pinned down platoon members and destroying a machine gun bunker.

They described the American B-52 strikes during the battle as “leaving mountains of billowing smoke” and they felt the earth shake. They had air support after their May 5th, 1970 air mobile insertion from helo gunships, F-4 fighters, “Spooky” AC-47 gunships in addition to the BUFFS (B-52s). They lost eight members of their team and “live every day of your life” with those memories. Talking to the platoon members they spoke of the website they created in 2001 as part of their campaign of reaching out to each other. They began healing and in 2003 held their first reunion and “loved ones were never forgotten” and felt that they had friends who where “now my family”. 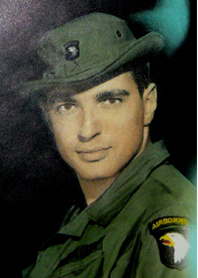 So the events last Wednesday were monumental in their continued healing from the travesty of a war unappreciated by many in their own country. Asked by the President to stand during the Medal of Honor ceremony at the White House, the comments from Company B, 3rd Battalion, 506th Infantry members in attendance included:

“Never had a better day in my life”
“Brought back memories”
“Beyond gratifying, never forget it”
What a powerful medicine for this group of veterans! Thank you to the US Army Online and Social Media Division and our moderator, Ms. Ashely McCall-Washington, for this great Blogger Roundtable!