This weekend we will lay to rest my grandfather. 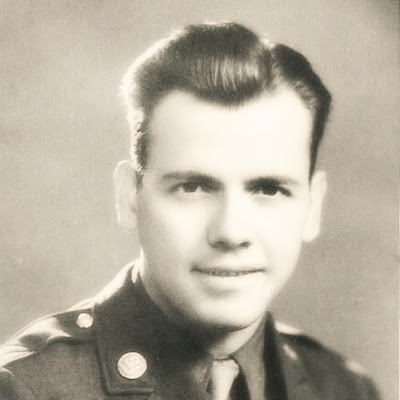 He graduated from Liberty Twp. High School in 1942. He served honorably in the US Army during World War II where he spent a considerable time in England with 685th Engineer Base Equipment Co.

On February 6, 1948, he married Evelyn Geraldine Smith who preceded him in death in January 1969. He continued raising his family, tending their land, and working at Inland Steel for 30+ years. In February 1972 he married Shirley Ann Ehlers bringing their families together.

Jim is survived by his wife, Shirley, and by his children, Dale (Deborah) Kissinger, Gerald (Sandy) Kissinger, Randall (Penny) Kissinger, Kathleen (Jack) Weimer, Greg (Angie) Miller, Daniel (Karen) Kissinger, and Jeffery (Beve) Miller. He was preceded in death by son Matthew Miller in 1988. He has influenced the life story of his 22 grandchildren, and his 22 great-grandchildren will continue to reap what he has sown.

James’ faith in Jesus was reflected in his generosity with his time and talent as a choir member, deacon and church member at Liberty Bible Church, Chesterton, Indiana before he and Shirley retired to Lake Placid, FL in 1994, where he was a member of Placid Lakes Baptist Church.

He found joy in his family, peace in his garden and reward in hard work. He is loved by friends and family across the country and around the world.

Now, as the rest of us plan, travel and gather for a ceremony to celebrate his life here on earth, he sings with the angels, dances with his wife Evelyn, and I bet he eats the BEST blackberries he has /ever/ picked (and he and his children have picked A LOT!).   Could there even be a fort to build with his perfect hands, a perfectly crooked healthy smile and not a tear in his eye?  (He showed my brothers how to make forts in his own backyard with hammers, nails and lots of scrap wood in Indiana that left the imagination running wild.)  And I bet he is toting all the reasons why Duck Tape should be part of the heaven decor, because really, shouldn’t it be?! 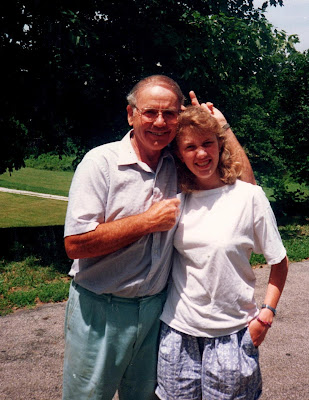 In school we were studying antagonist vs protagonistand I remember telling Grandpa about what we werelearning. He promptly pulled my pig-tales and said,”So does that make us antagonists?” We smiled everytime we said “I’m your antagonist, Grandpa / Leanne”It was our little “I love you”.
Grandpa, you are my very favorite-antagonist and I miss you so already but rejoice in saying “See you soon”.
Tell me about your grandpa.  They are a real testimony to a heritage we can hold so dearly too.

Email ThisBlogThis!Share to TwitterShare to FacebookShare to PinterestMilitary Life:Heritage,Leanne,WWII

Carrot Dip With a Kick